Oprah has our dog 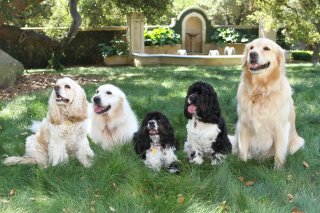 Trecherous Alliance - Secret Dealings of Israel, Iran and the US by Trita Parsi 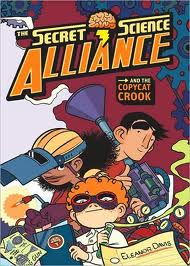 So I googled the image for the next book Alex and I are going to do a tandem read on and googled 'Secret Alliance' instead of 'Trecherous Alliance.'

And I admit, part of me wishes we were doing a review/reading of The Secret Science Alliance rather than this one: 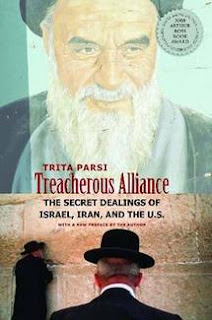 It's not just the attraction of goggles and welder hat but also the thought of plowing through almost 350 pages on a topic that is interesting but not fascinating to me might be a little more difficult than I'd thought. Murakami was a bigger book but it was so easy to read. While I do love non-fiction and am also currently on my fourth Hemingway bio, ultimately I do prefer fiction. I fear this book might stretch my brain a bit too much, or my tendency to lose interest rapidly in things that bore me, but Alex was a stick about Murakami so I will persist with this one. I've even started, and taken some notes.

Probably my reticence is because it will be a political book, and as well it will have US politics in it, and Israeli. I guess I'll be looking to see how balanced it seems (how can I really know if it really is?)

I also should declare my bias towards the Middle-East and away from Israel and the US, well documented over the last years on this blog. This bias stems more from my annoyance with American and Israeli politics rather than an active 'loving' of Middle-Eastern politics, people, religions, culture, ways and means.

My notes written over a wine in a funny little wine bar in Middle Park, which is run by alcoholics I think.

Preface xi Current hostility between Israel and Iran more to do with the end of the cold war and the defeat of Iraq in the first Persian Gulf war, than it does the Islamic Revolution of 1979.

- large pool of interviewees
- cross-checking of accounts. How? No detail about that.
- many  interviewees are recollecting (during the interviews) of times from 20 years earlier


pxiv The book "addresses the state of Israeli-Iranian relations from the creation of the Jewish state in 1948 to the present."

p2 suspect phrasing and imbalance? Para "on one side... [Israel's defender's position] and on the other side [Iran's enemies position]" - this doesn't leave a side or position that could possibly be positive to Iran and negative to Israel. Perhaps I'm jumping the gun. It's like 1 tick for Israel and 1 cross for Iran.

p3 - look up meaning of 'suzerainty'
[current note: meaning is the 'position or authority of a suzerain; "under the suzerainty of...".'

Hmm, helpful. What the fuck's a suzerain?

1. A nation that controls another nation in international affairs but allows it domestic sovereignty.
2. A feudal lord to whom fealty was due.
Wow, never heard of it. But is this similar to the power the US had over Japan after WWII? Or Europe over Germany?
p4 refers to Bush administration in the present, this hasn't been updated and it's glaringly out of date. The preface was new.
p6 zoroastrian, I like this word. It's one I have heard of but I can't remember what it means.

Zoroastrianism "The religious system founded by Zoroaster and set forth in the Avesta, teaching the worship of Ahura Mazda in the context of a universal struggle between the forces of light and of darkness."
Wow again. Interesting how these definitions really are unhelpful sometimes.
Zoroastrian - "(Non-Christian Religions / Other Non-Christian Religions) a follower of Zoroaster or adherent of Zoroastrianism: in modern times a Gabar or a Parsee"
Getting a bit more gen* now.
Persian (Farsi) is closer to Swedish and French than Arabic, though it's written in Arabic script and contains many Arabic words.

Iranians largely follow the Shia line of Islam rather than the surrounding countries who follow the Sunni branch. (Interesting side note; Turkey is the other way around. Majority Sunni, minority Shia.)

- Saddam** invaded Iran - the UN didn't consider it a threat to international peace and security
- took 2 years to call for withdrawal (compared to 1990 Saddam invaded Kuwait, it took 12 hours to demand immediate and unconditional withdrawal)
- from 1980 (date of invasion) another 5 years passed before the UN addressed Saddam's use of chemical weapons. Even then Washington ensured UN resolutions were watered down to protect Saddam. (US and Western countries either sold directly or condoned chemical weapon use.)
- the US later used these crimes to justify its invasion of Iraq in 2003

(this is one reason the US shits me.)

p8 "Anti-semitism is not an eastern phenomenon, it's not an Islamic or Iranian phenomenon [it] is a European phenomenon."

That's as far as I've gotten but I will turn my mind back to it when I can.

Over to you, Alex.

** Has anyone else ever noticed that Saddam Hussein was always referred to as Saddam rather than Hussein. I've always thought it's strange. Like saying 'John invaded Iran... John's use of chemical weapons...'