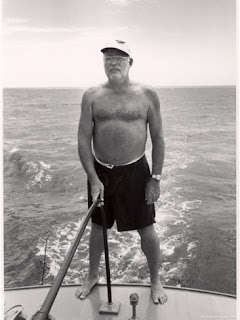 West Wing and Game of Thrones

So. At the end of a week which has seen twitter (and the wider world) mired in a series of yuck after yuck after yuck stories, it's time to feast all eyes on what TV I've been distracting myself with. (That has to be the worst-written sentence in the history of the world.) We are also watching MasterChef (no surprises there.)

Sorry about the captions being centred. They look horrible but I can't be fucked working out how to just have the text under the pic. Works for the top one, not the bottom and I can't be buggered spending more time on it. Have a great weekend.  Stay safe, don't read the fucking papers, don't get depressed. Keep it together, we'll be fine.

Email ThisBlogThis!Share to TwitterShare to FacebookShare to Pinterest
Labels: Game of Thrones, the stench of politics, West Wing

Too much and nothing

I have nothing much to say. I'm sad about Turkey, some of the footage coming out is depressing, but images of protesters cleaning up Taksim and people leaving food and drink for people in heaps around the city, they were inspiring and heart-warming pictures. I hope the people prevail, that's all I can say. While Turkish police are some of the hottest dudes I've ever seen and their uniforms are so cool, they are fucking brutal. I'm wondering where the military is, and what they make of it. Historically, the army steps in when the government strays too far from the principals of Ataturk, there have been a few coup d'etats. But I'm not sure whether the current government has made legislative changes and reduced the power of the military. It's something I've not kept up with over the last ten years or so.

I am writing. I'm struggling to think about writing a book review, something I've promised myself I'll learn to do and then do one properly.

I'm reading High Sobriety by Jill Stark. It's literally sobering. When it was recently critiqued on the First Tuesday Book Club Show or whatever-the-bloody-hell-it's-called-now, 3 out of the 5 panellists hadn't had a drink since finishing it. So that was Marieke H, the young guy on her right, and I think it was Sophie Cunningham? Can't remember. The only two who didn't say they'd taken a break were Jason Steger and Jennifer Byrne. That's not to say Steger didn't take a break, he just didn't indicate one way or the other. Byrne put her hand up and said nothing had changed with her.

Last night I went to a local reading thingy, it's a pretty cool soiree affair once a month where a couple of people read and then they have open mike. This is the second I've been to and I enjoyed it again and it's the closest thing to an old-style literary salon I think I could ever be part of. The atmosphere is very warm, open and welcoming - none of the snobby exclusivity that you can find in any world. Nevertheless, I think it's pretty brave of me to rock up on my own, there's a whole table of people having food and drinks beforehand, and I just insinuate myself onto the end of the table. Thank god the organiser recognised me (from last time) and smiled at me and said hi. So high school, so pathetic. I am a true introvert and while if you met me I'd not seem it, I am rawther reserved. But the lure of the evening and being there outweighed - again - the promise of sticking out like a sore-thumb loner. Most times I'm happy to be a loner (as much as anyone with three children and a husband can be one) but some times, the 15-year-old schoolgirl that lives on inside of me just wants somebody to sit with.

I've listened to a couple of open mike people. Really, there's no microphone, just people sitting around a table, no more than 10 or 12. I've read my stuff in front of workshops and groups before. I like reading my stuff (let's face it, anyone who wants to write and get published also probably has the ego to read aloud in front of strangers). This is something that 15-year-old inner schoolgirl would not be able to comprehend. Read aloud? Voluntarily?

So I may work up to it. Let you know.

I'm not teaching at the moment, there's a bit of a lull for a month or so. Which is good and bad. Bad because no money but good because time to write. I'm working on number two, there is little constipation; this is something that has been with me in essence since end of 1999/through 2000. That's a a while. It's like an affectionate homage to Turkey (the love letter to Turkey is another project, a (gulp) memoir. Ha.) I have struggled with the form and structure of it, but think I am getting there.

The family is fine, things are fine. Muddling along. We head to Bali at the end of this month which will be nice, despite catching a stupid segment on Leigh Sales last night about violence to Australians in Bali. I have never watched Leigh Sales apart from the youtube clip of her interviewing Tony Abbott. I thought she was reasonable quality and that her show would therefore be of reasonable quality. The Bali piece was crap. What the hell. No wonder I don't watch tv other than sitcoms and reality stuff.

So we started watching MasterChef last night. The whole battle of the sexes was predictably sick-making. And of course there were the predictable hate-making personalities, as well as the usual array of hat-wearing tools. It's a bit of fluff I like to watch.

We have about three Game of Thrones to catch up on, as well as we need to finish our latest run-through of Seinfeld. We are almost at the end where Jerry and Elaine are just so over everything, George is shouting a lot and Kramer is... the same. Princess and I are watching West Wing too (me re-watching, she watching for the first time.) I love that show. There's not one bad character apart from lispy short-haired girl, but she goes soon.
Posted by Melba at 9:04 am 23 comments: