IT WILL GET BETTER!

Well I think this is great. The Age reports a coalition of 11 schools that are forming to give the message that they are gay-friendly, that they will not tolerate bullying or persecution of gay and lesbian students.

Isn't it a beautiful day today? Please be accepting of people who are different to you. Young people are killing themselves because people are being shit to them. And if you are a parent and hear your young people saying things like "oh that's so gay" call them on it. Ask them why they say that. Ask them how they would feel if people were saying "oh that's so Adam/Jessica" [insert their own name here.]

Often, they just don't get it , and often they are just saying it without thinking, and may not be homophobic (I know, my daughter falls into this category.) Who gives a fuck if they think you aren't hip, are boring, are old and fuddy-duddyish. It's up to us to teach the younger generation. About this and so many other things.

Yesterday was Wear Purple Day, in acknowledgment of the suicides of young people who are GLBTI. I think it's great that schools like Princes Hill SC are taking a stand. Bloody brilliant.

Being same-sex attracted is not something new. Throughout time, in every country across the world, there have been people who identify as SSA. IN EVERY COUNTRY IN EVERY CULTURE
IN EVERY RELIGION. Just because a culture, religion or society is intolerant, it doesn't mean that people aren't gay or lesbian. It just makes it even harder for them. Studies show consistently that between 8% and 14% of populations are SSA.* 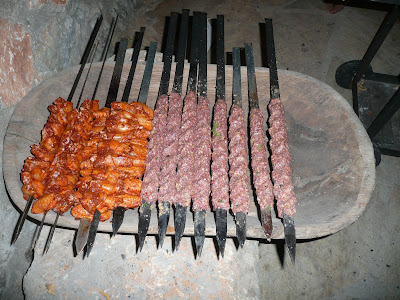 The trip back was long but okay. The jet lag is crap. The weather is crap too. Why oh why.

But the weather. Oh crap.

Which is why I'm prolly feeling a tad flat.