I was just googling around (trying to see if they have possums in Russia) and came across this:


Possum Living: How to Live Well Without a Job and (Almost) No Money. 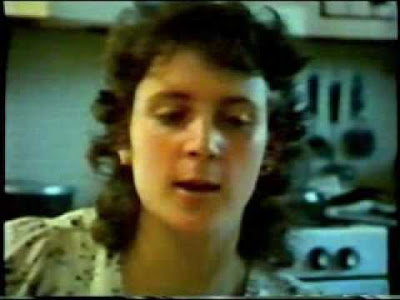 It's all about sustainable living on an individual household level. A 19-year-old woman wrote the book about how she and her father were living on $1500 per year. No phone, no car, and an estranged mother who is very scary and makes an appearance in the documentary.

The link above takes you to a page which has excerpts from the author's current blog, reviews and a documentary on youtube.

"What else do you want for lunch?" Like some Stepford wife.

And they shoot a turtle in the head, saying how they kill all the animals they eat humanely, not like in abbatoirs, but it doesn't die and later back in the kitchen sink as they are talking about what else to put in the soup, it's legs are moving and the father says something about reflexes.

They have a basement full of white bunnies hopping around, that they eat.

The mother/ex-wife visits (with the brother/son) and manages to get a couple of bitchy comments in from behind her blowfly sunglasses and smug coiff. She puts her daughter down in one breath - two insults one on top of the other, about the salad, it's a little bit tart, and you'll never be the cook your mother was.

I am going to try and get the book. What an interesting read. Quite macabre, with a fairly hefty dose of urban hillbilly and moonshine. And then of course she rebelled in her twenties by... buying a car and getting a job.
Posted by Melba at 9:51 am 6 comments:

IT'S JUST NOT FUNNY 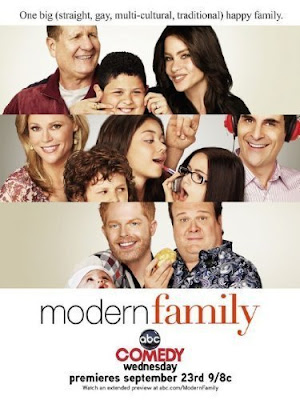 I'm sorry, it's just not. Each week it gets less and less funny. The first episode had some amusing bits. Then it progressively got more and more unfunny.

So many things in life are funny. Not this. Oh my god. Why can't my husband see it?

He thinks Phil is the most HIGH-LARIOUS dude ever. He's not, he's so annoying I want to kill him. And his stupid freaking wife. And his three horrible children.

The only people who are sometimes okay are the gay couple and Manny. I do like Manny but his character is getting tired.

Last week's episode I did not crack a smile.

I just want to wipe the smile off Jimmy's face

He is shitting me big time.

And I know I'm not the only one.

Bought a new kettle today. Pretty happy about that. Also put tax stuff into accountant. Ticking things off the list, have more energy than I've had for a long time.

Might make lemon curd tonight to go with lemon puddings. Or mini lemon tarts with a bit of meringue on top. MMMMM LEMONS. From Ramon. Beautiful.

Had to say no to the ex yesterday, via email. He is a dodgy shit and I refuse to be caught up in his webs. That's all I'm going to say. Well, and this. He says he doesn't involve me in his business but he does! Including giving customers my mobile number and then I get calls out of the blue, and have to try and not say anything or the wrong thing. No matter what, everything I do or say is wrong according to Ali. He told me I was causing him trouble, when really it's the other way round. Mental.

The sunshine, how nice is it? Dare we hope? Do you reckon? Maybe?

Princess has just now auditioned for the school musical. I am so proud of her, getting up and singing in front of the others (including Year 9s) and teachers. She's got game, and I would never have done that.

I am loving dark blue at the moment. Got a top recently, it is the most beautiful blue. Going all navy on your asses.

We are loving The OC. Seth Cohen - the best character ever in a tv show? Discuss.

Status of sitch with bro - we are not talking. Hopefully things will improve. We have never had feuds in our family. We anglos tend to leave that to the mediterraneans. But it's like "how old are we?" and "how can it come to this?"

Oh hey. I'm re-reading The Colour of Water, by James McBride. If you like a memoir that reads like a novel, check it. I loved it the first time I read it, loving it again now. I am saturated a little with fictione, finding everything a bit too much hard work or something.

Have you noticed you can't cut and paste, or copy and paste, into blog posts any more? Is there something I'm missing? It's very annoying.

Gotta go. Gotta get the chop casserole happening and find recipes for dessert. I never cook dessert on a week night, but tonight I shall.
Posted by Melba at 4:24 pm 12 comments:

Email ThisBlogThis!Share to TwitterShare to FacebookShare to Pinterest
Labels: the detritus of my mind

So recently I've been showing Princess some movies, and today I sat her down and showed her a few music videos. She was trying to understand the difference between sharpies, skins, punks, goths, etc.

I explained about the New Romantics of the '80s, and we agreed Emos must have evolved out of Goths.

Then I was showing her some Beatles music and this one I just love. The pipers make me cry.

So the doctor said the scan said mum's cancer is gone.
How about that?
We are, of course, thrilled. But mum is trying also to be buddhist about it, that is not get attached to things too much in life, and that includes being cancer free.
I guess our approach this time around was one of oh fuck oh well let's just push on then, but without the soul searching and angst of before.
The good thing too is that she only had a little bit compared to ten years ago, so the little bit would go quicker than a big bit. That's my highly medicalised theory anyway.
Other good things that are happening:
- tomorrow night I'm going to see Animal Kingdom with my sis.
- I am well and truly on the way back from my illness. All it took, my friends, were the right antibiotics and over two weeks of house/bed rest. And much much reading.
- I have introduced Princess now to the pleasure that is The OC.
- the sun is out
- I took the Gigi for a walk yesterday. I am establishing a new regime of health, partly because I don't want to just feel worse and worse every year and end up a complete haggy invalid in a decade, and partly because we are going to Turkey in September, and I will be wearing bathers and jumping off the side of boats etc. I need to impress the moustaches.
- Booked the tickets the other day. Mum is coming with me and Princess. Three other friends are staying with us down south. It is going to be fucking awesome.
- My leave is approved, my new contract is signed so I have another year at my job confirmed. Yay me.
- tonight I will do a test run of cheese souffles for our Tour meal next Saturday night. Not sure about main yet. Maybe just something really simple, like chicken chausseur or a casserole. I can't be rooted going all out. Was considering the Frenchified version of beef Wellington but seriously can't be arsed. That dish is like a once-in-five-years dish. Maybe.
- I am re-reading A Heartbreaking Work of Staggering Genius by Dave Eggers. Last time I got up to p214 (the page is still folded. Do you fold or use bookmarks?) Not sure why I stalled but I'm giving it another go. I am not reading well at the moment, unable to sleep, I have insomnia (last night couldn't get to sleep, sat at the computer until 6am then crawled back in, slept until 11.45am. There's something wrong with me? I'm turning back into a teenager/angst-ridden post adolescent.)
Things that are not so great:
- see above. Insomnia.
- my writing. No energy for it. Maybe I just need a little break. Have been going at it solidly and madly for well over a year. I have several "new" projects; they need to compete and jostle with each other to win my attention. But leaving it up to them to do so is at the moment a little fruitless.
- my mind is on my mortgage, which with the renos has climbed up. And I need to pay my mum back some money, and my dad. I have never worried about money before and now I am trying to be responsible and grown up, I don't like the way it makes me feel. Easier to just be in denial?
- Ali (ex husband) is wanting to organise some things when we are there. One of these things is trying to solve his tax problem which has been dogging him for years. One of the solutions I believe involves a property settlement with me, where things are transferred into my name, to be held for Princess? I don't know it all makes my head hurt and I hope I don't get caught up in it. I will have to be strong and tell him I can't sign stuff without a lawyer here looking over stuff. I know he'll huff and puff and say don't you trust me?
Short answer - no.
Long answer - mostly.
- I've told you about Princess and some of her peers at school being from the dark side (or children of them that hail from the dark side.) Seriously, one of her facebook friends has another facebook friend with a high-profile surname and public photos including a dinner at a swank restaurant with the high-profile person in attendance. Think one of two surviving. Surname ends in G. Don't mention here, I'm scared. So then there's the child of the non-surviving person (surname ends in M) and she is Queen Bee and hogs all the boys and is really mean and powerful and everyone sucks up to her and Princess has said things like People say her family are in U****belly and I know they are/were but I don't want her to know. I did tell her if it was true that the kids need their privacy and it's not their fault they have criminal families. Princess also said Some dude got killed last year, and x's grandmother is in jail. I already knew this and had to use my poker face. A bit of ferreting around on the Internet last night and I found out that Child X's new stepdad is connected (was arrested) with a certain stupid footballer's stupid brother who is in the news, like, now.
My concern is that the power and status of these people (which emanates from money, connections, veiled threats which I have heard were made at another private school, Don't you know who my family is? sort of thing, but not from this particular Child X) is affecting the tone of Princess's year level. I want them to leave but I also sort of feel sorry for them.
This is weighing on my mind quite a lot, but I'll leave it there.
So as you can see, a real mix of good and bad, as always.
Posted by Melba at 3:13 pm 9 comments: