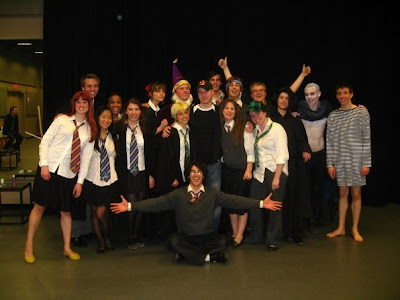 This is something i've been wanting to share for a while. Princess put me onto it, and maybe I'm like the last to know. For out of the morass of Potter parodies has risen A Very Potter Musical, written and performed by a bunch of University of Michigan students/fans of the Potter series.

I have watched all of the first, and half of the sequel.

As an aside, it kind of took me back to Trapped in the Closet, another beautiful find but of a very different ilk. I might feature that next.

Email ThisBlogThis!Share to TwitterShare to FacebookShare to Pinterest
Labels: A Very Potter Musical 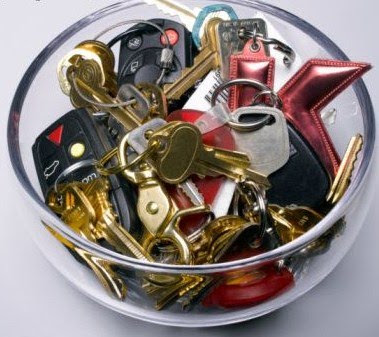 I don't understand people who swing vote, I just don't. I'd like to understand their psychology more, so maybe someone can explain it to me.
I guess I'm a small swinger. I have swung in the past between ALP, Democrats and Greens, and tomorrow I am voting Greens. It's a vote of principal I guess, plus I'm in a safe Labor seat, so I figure it's as good as voting Labor. I don't want Labor to lose but I do want them to move a little bit more left. But I did hear the left is well and truly dead in the ALP and anyone who thinks otherwise is kidding themselves. I am a leftie at heart.
Last election I voted Rudd which was more a case of "we can't let that cunt get back in" rather than "Rudd's so ace, he the man."
When I was young, I remember the day Gough got his arse kicked. My parents were shocked and quite devastated, more because (I think) they couldn't believe that it had happened, and though my dad was a member of the ALP and I helped hand out the stuff (IT'S TIME) at the polling booths (I think, I remember a march as well) my memory is that it was more the principal that they were annoyed by.
I have always been a Labor girl. I had friends who when they were 18 voted for Hawkie more as a rebellion against their staunch Liberal parents (I went to a posh girls' school, lots of parents were Liberalish.)
About tomorrow's poll. I am not rigid with fear though I think it will be close. I tend to see the whole thing as a big stupid game and maybe I am lucky in that MY day-to-day life is not really affected by a Liberal government being in power (other than that my mental health suffers and I find myself being angry all the time. During most of Howard's "era" I had to stop listening to radio and reading the newspaper. It all made me too angry and I felt so impotent.)
In other news, going to see "Westside Story" tomorrow with Princess and my Ma. Looking forward to it. Yay us, 4 rows from the front, awesome.
Have a good weekend and happy voting.

Just looking through my notes and I have a list of "songs for old diaries."

I think these must be songs that I was listening to, or provide a backdrop to certain moments in my old diaries.

This one is for Patrick. This is his backing track.

Email ThisBlogThis!Share to TwitterShare to FacebookShare to Pinterest
Labels: cohen (not sethela ezekial)

In about the middle of it I picked up The Mother's Tale by Camilla Noli. I'm not sure what to say about this book. I read it very quickly, the ending was unsatisfying and the writing was too removed and sterile for my liking. I love removed and clean, pared down is what MJ Hyland is great at. Others don't like it, I do. BUT this one. Meh. There wasn't anything new about the story, no reason why the main character behaves as she does, she's quite repulsive actually, and not just because she's a child murderer.

Then I raced through Rocks in the Belly by Jon Bauer. He writes beautifully, just the way I like, and I was intrigued by the story. The main character (at various times an eight-year-old boy and his twenty-eight-year-old adult self) is not likeable and is very messed up. I don't want to give things away in case you want to read it, and I would recommend it, very much, but it left me with a chilling feeling, and I've been looking over my shoulder at shadows for the last few days. I look forward to future books by this author, he's got the fucking goods man. That's all I'm saying. So good to read a new author who is fab BUT he's not Australian, not yet anyway, and so we can't take credit for him.

And that's about it. A quiet weekend, quite a few OC eps, we are almost at the end of Season 3 and Princess and I still love Seth Cohen. Geelong lost the game last night which is a poo but let those Pie-Boys have their fun, and if they end up winning the Grand Final, we Geelong supporters will be safely out of the country, lazing on a Mediterranean beach in the south of Turkey, and I won't have to try to be a gracious loser... Caught up with a dear school friend last night and then proceeded to embarrass her 16-year-old son and my 13-year-old daughter at the dinner table by insisting on talking about sex education. Heh.

Sorry I haven't done diaries, will try to during the week. For my two avid readers of the diarama. Stay strong.
Posted by Melba at 11:43 pm 6 comments: