OK I couldn't find the original Ultravox Vienna film clip, that wasn't extended, remixed, a series of still cover shots and other pics, or with Spanish text scrolling over the whole fucking thing.

Anyway, here are some more Vienna pics. Vienna was cold, also, but cold in an unwelcoming way. The people were ok, civil, but somehow the streets and buildings were just on such a massive scale that cosiness was nowhere to be found. In restaurants, people smoked, and in one there was a dog that got installed under a table, brought a bowl of water. All well and good until a man walked in about 10 minutes later and the dog barked at him, territorial and fierce.

The art was good, the treasuries good. The food was ok but this was the beginning, when all things schnitzel und potato were deemed fine. I had a really good soup here, and also bought some fantastic boots. We stayed in a funny little place that I found after reading a John Irving fan page that mentioned the existence of a real hotel, one that provided him with inspiration for the Viennese hotel the family stays in and helps to run in his book Hotel New Hampshire. As a massive John Irving fan (his older stuff is better than his newer stuff, of course) I had to stay there. So we found ourselves installed in a room with the smallest bathroom ever*, and me on the bed reading out the bits from the book that talked about the street outside, the delivery trucks mentioned in the early '60s (also happening right then outside out hotel in 2015); pointing out to P the winding staircase, also mentioned in the book. How close we were to the Staatsoper, which was the bombing target of the anarchists in the hotel, and which was no target of ours on this trip. Opera would have to wait until Prague. It was just fantastic. We had breakfast in a little dining room that was overwhelmingly pastel pink, with plastic flowers on the tables and a mini buffet with cold meats, cheeses and bread, pastries as well as cereals. Yoghurt. Tired fruit in a fruit bowl. No toast. I'm a real toast person. 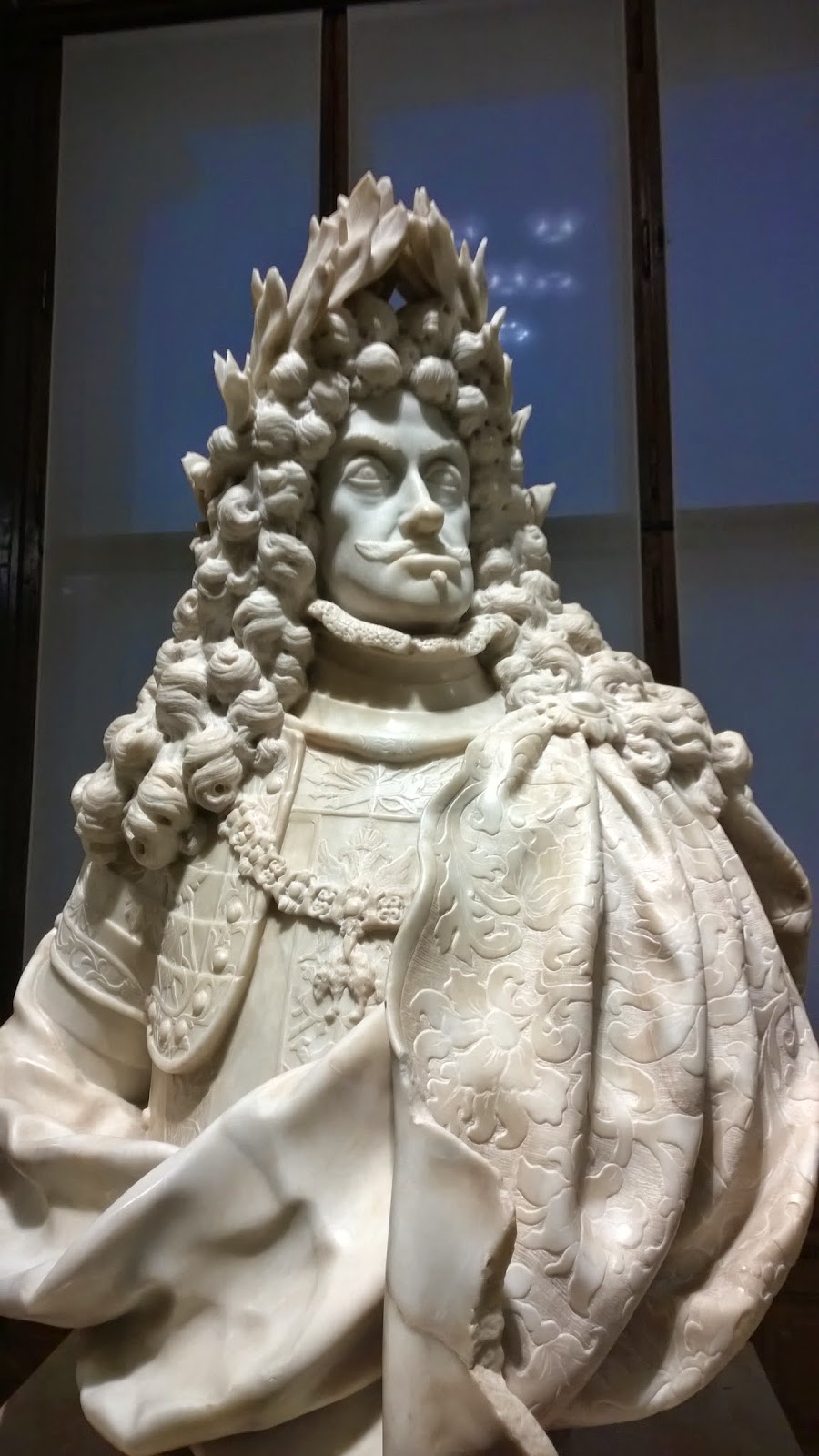 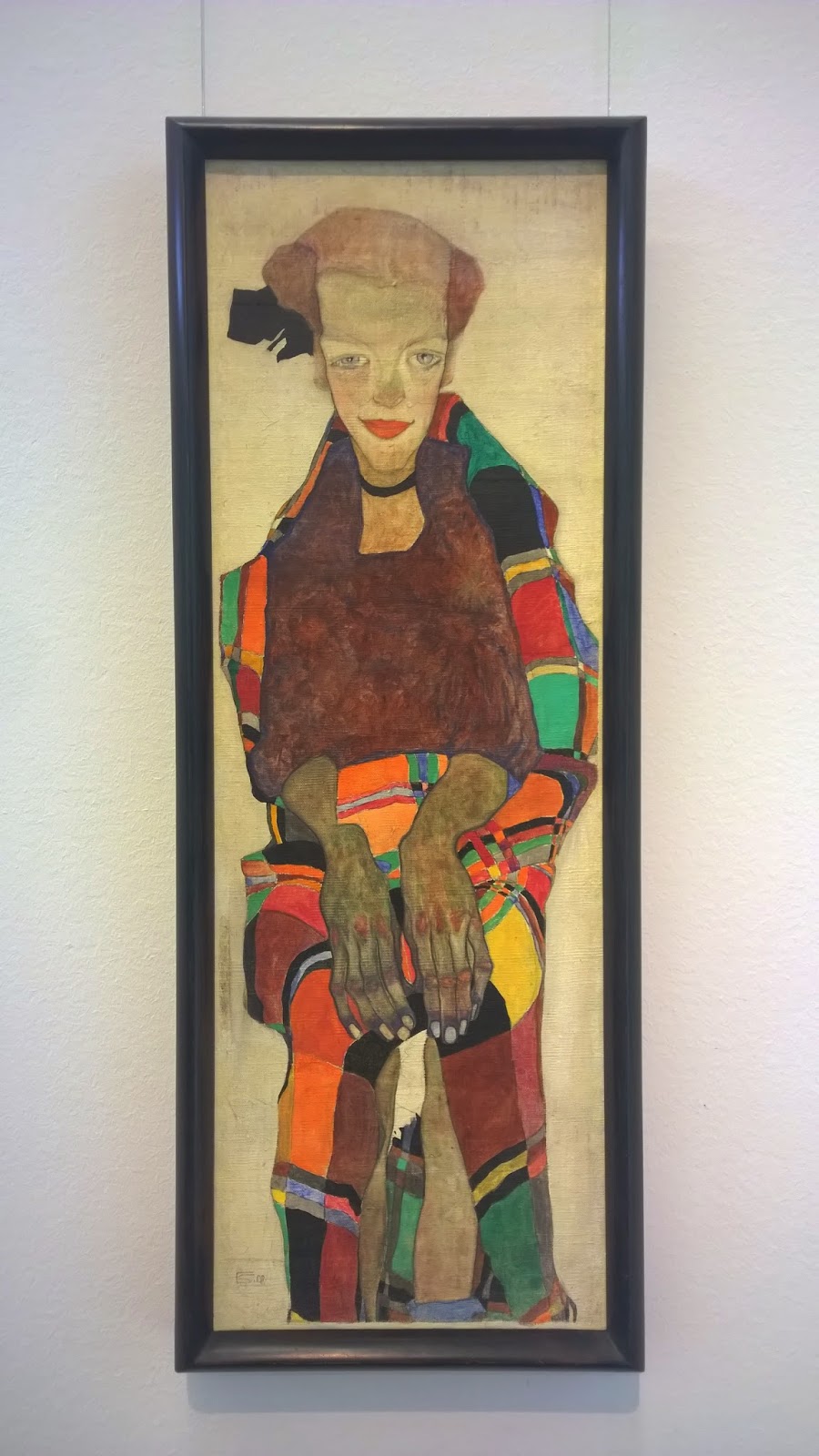 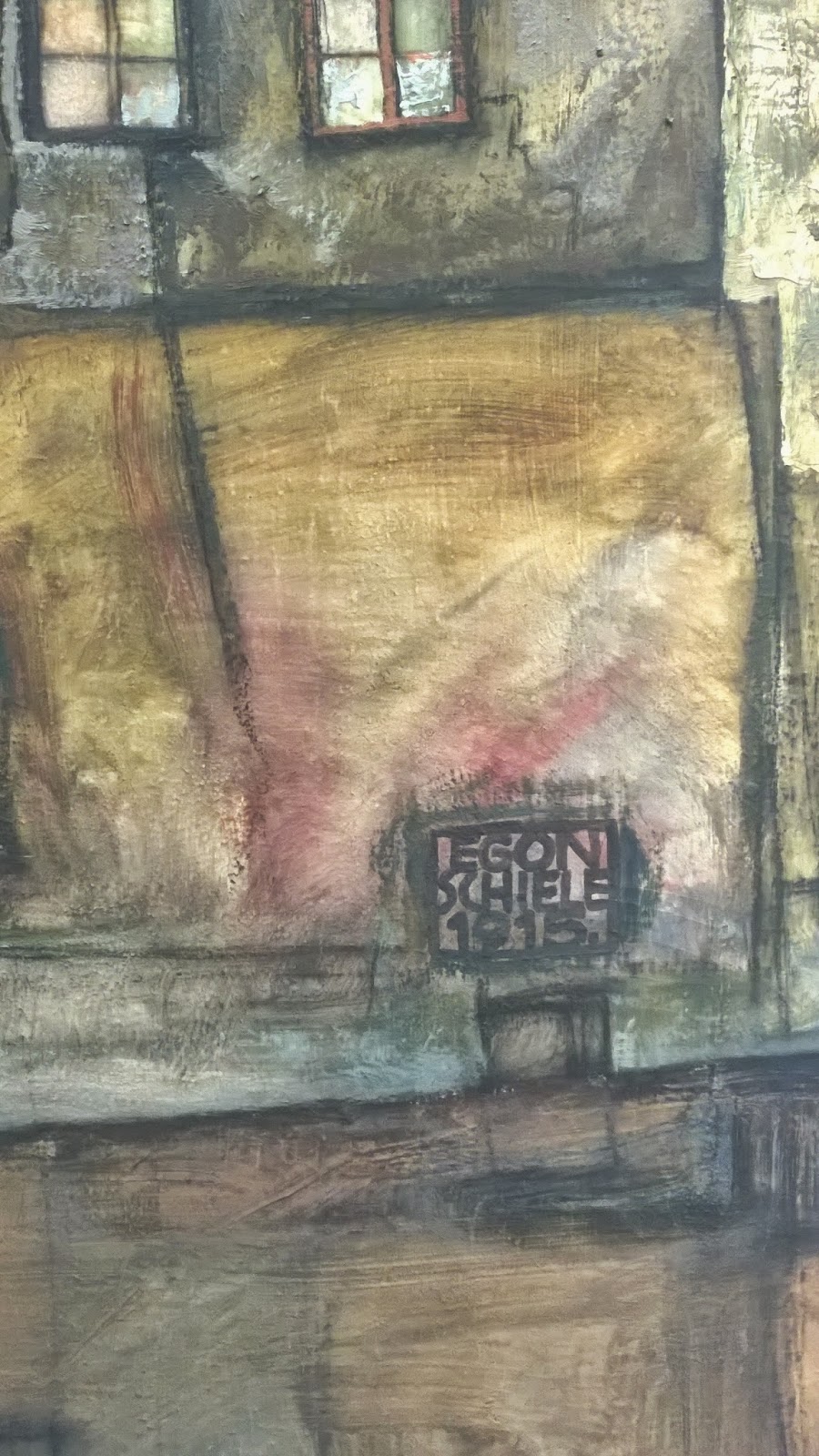 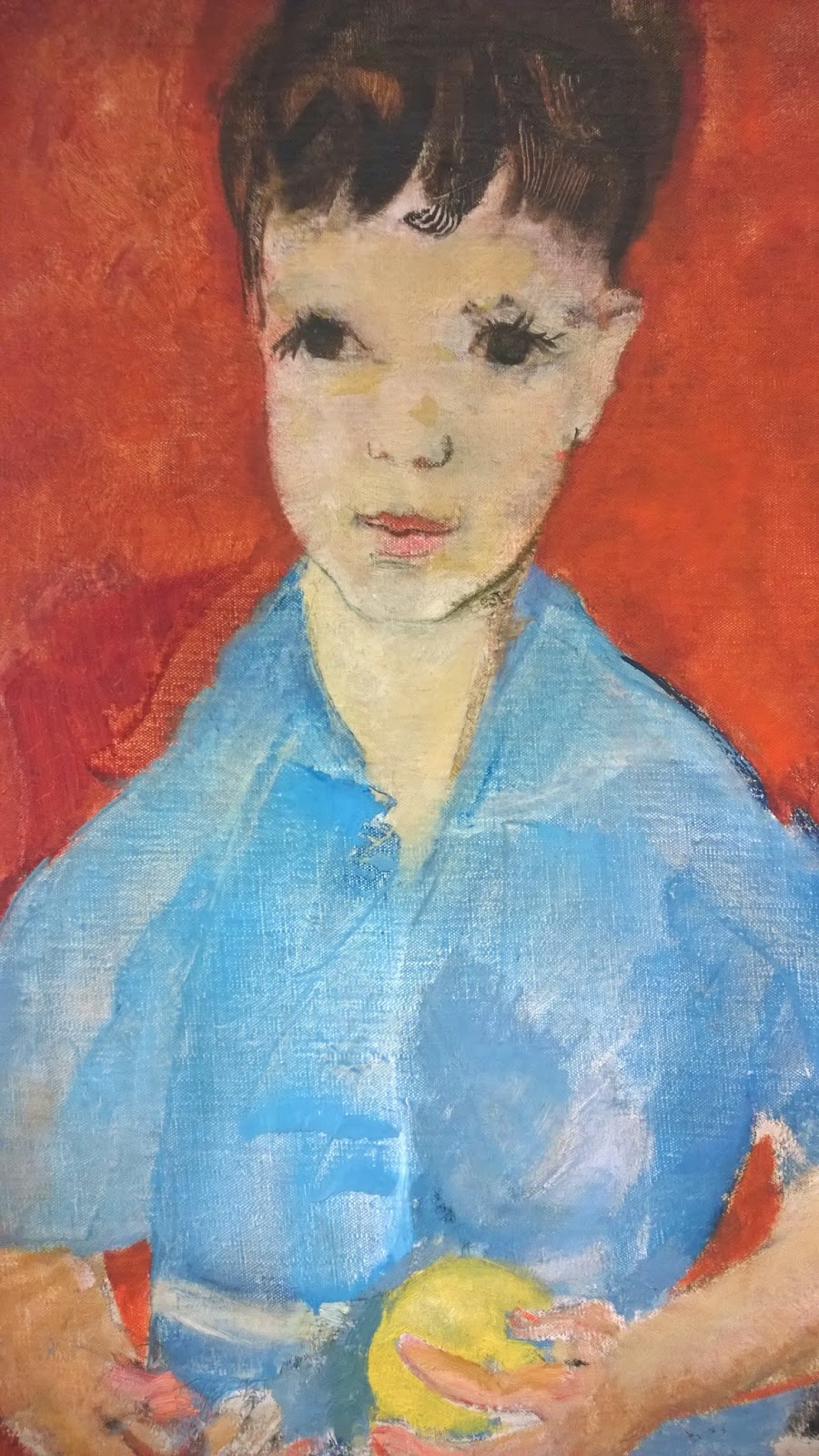 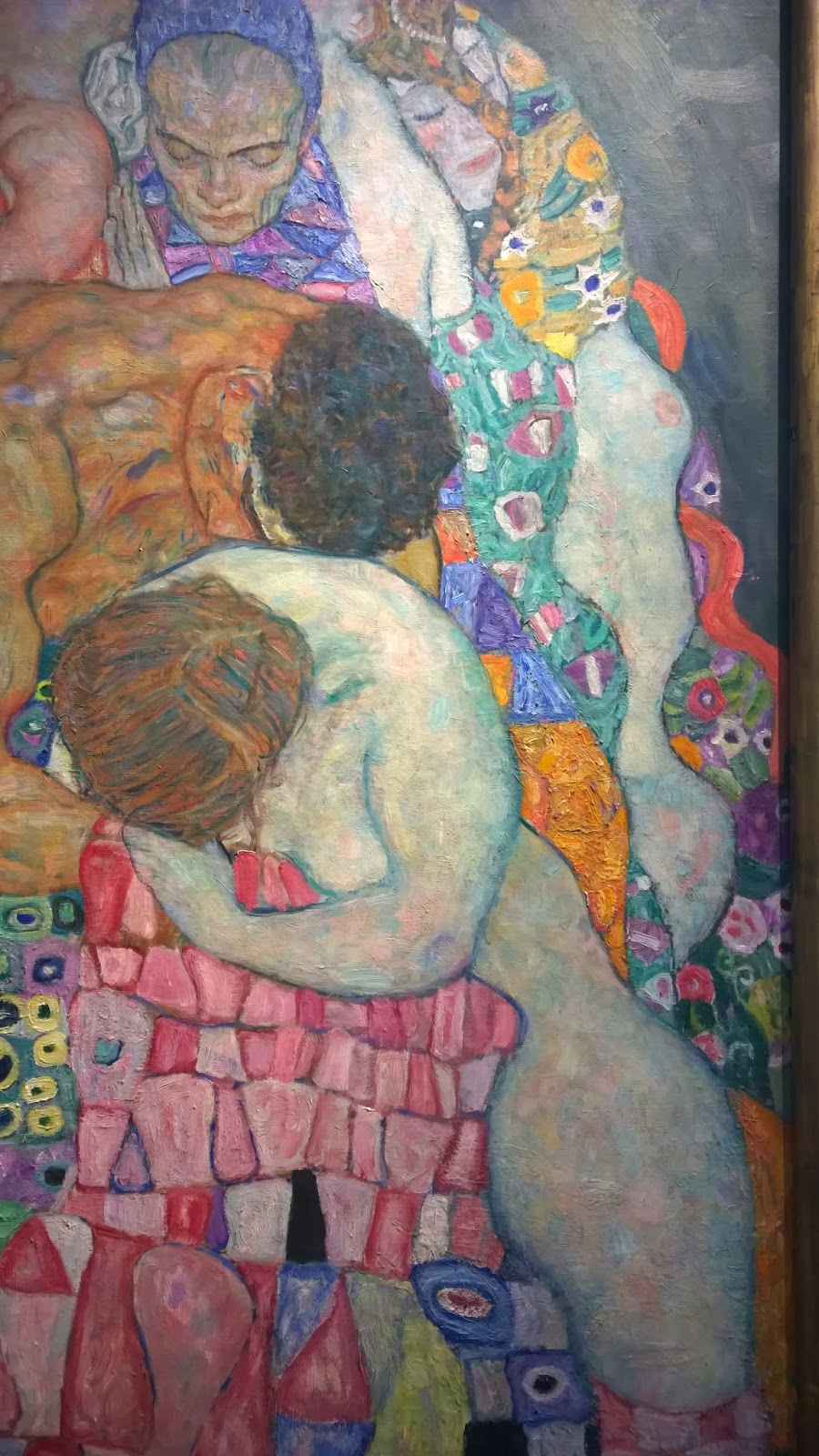 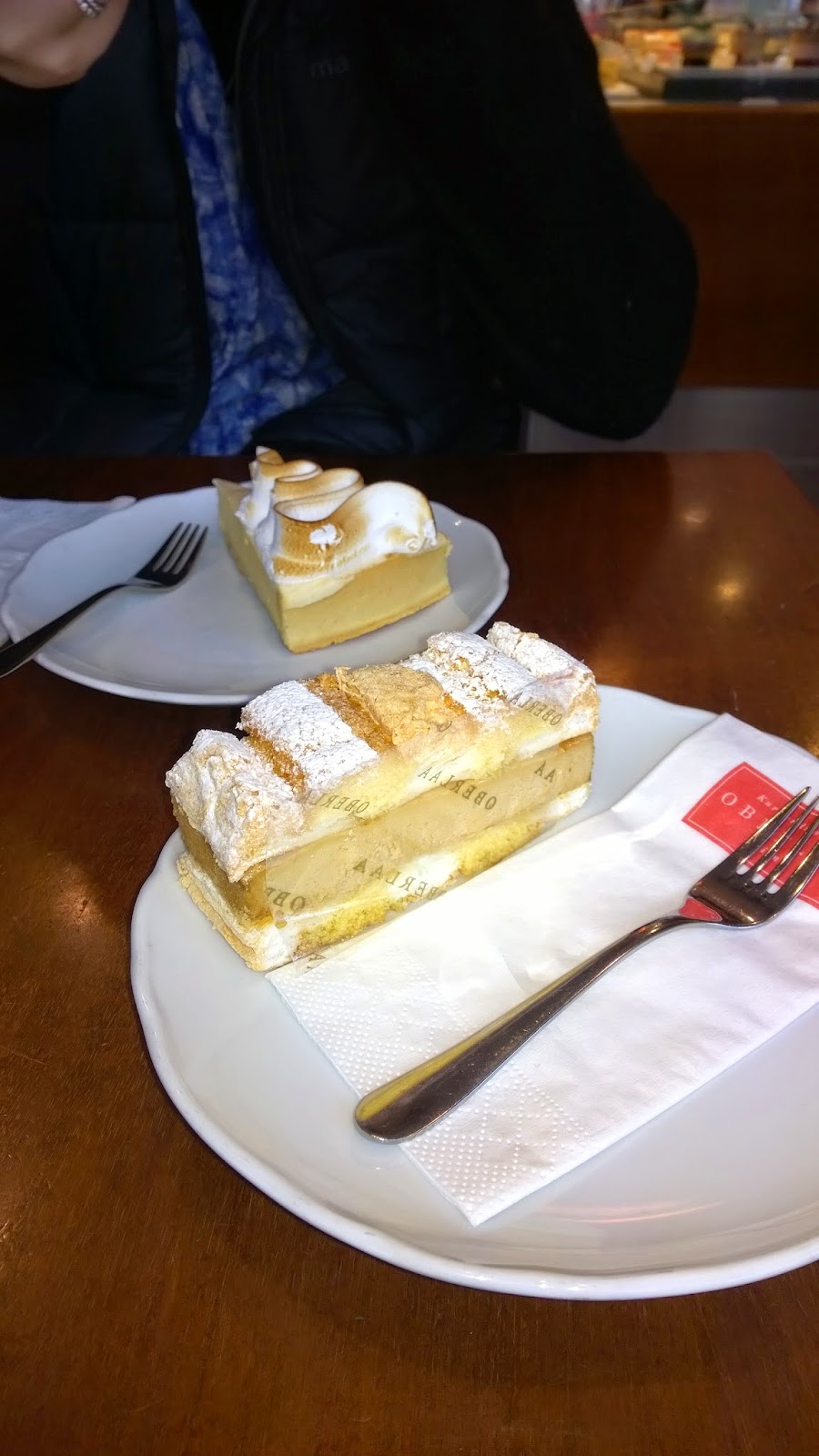 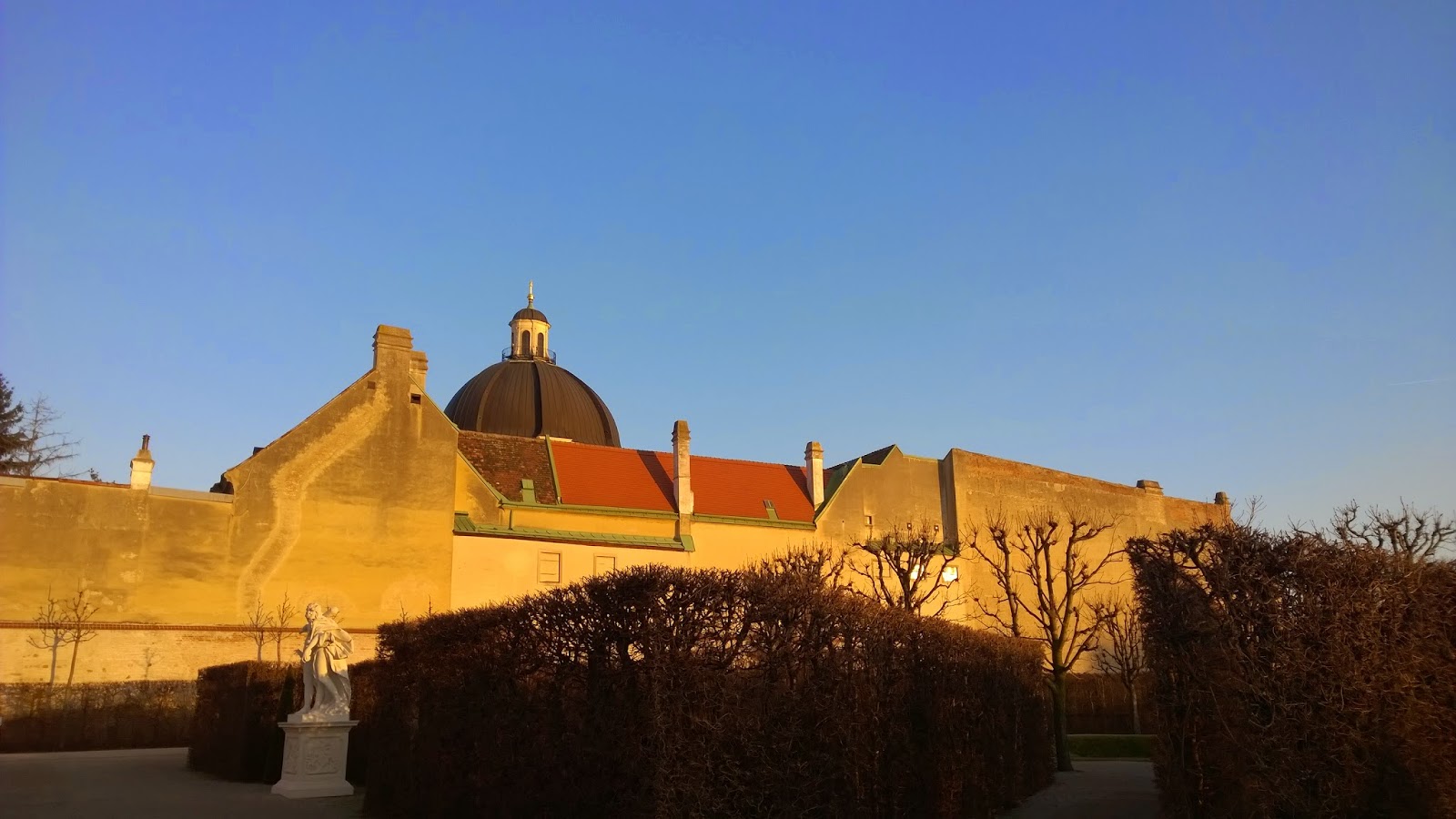 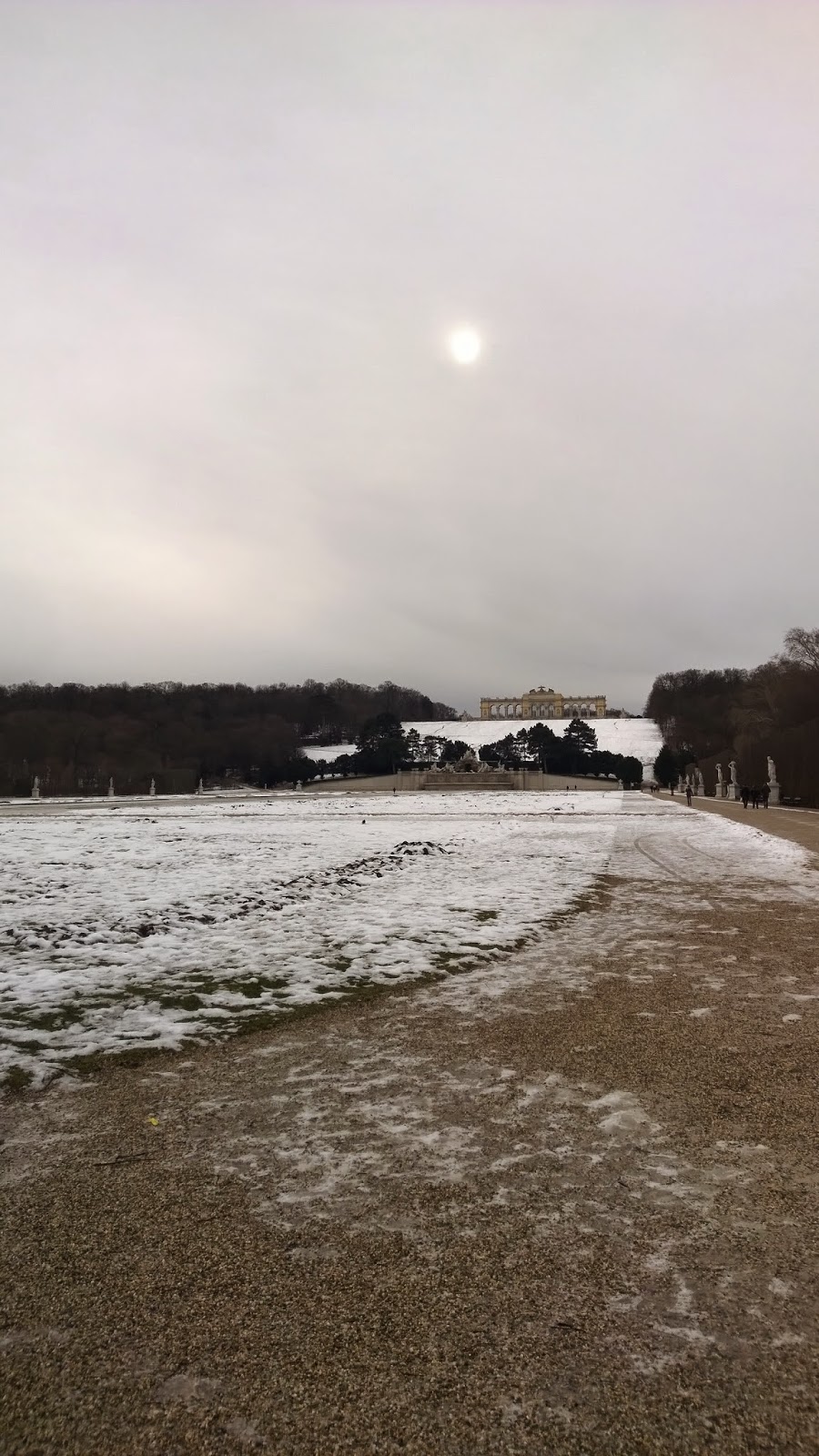 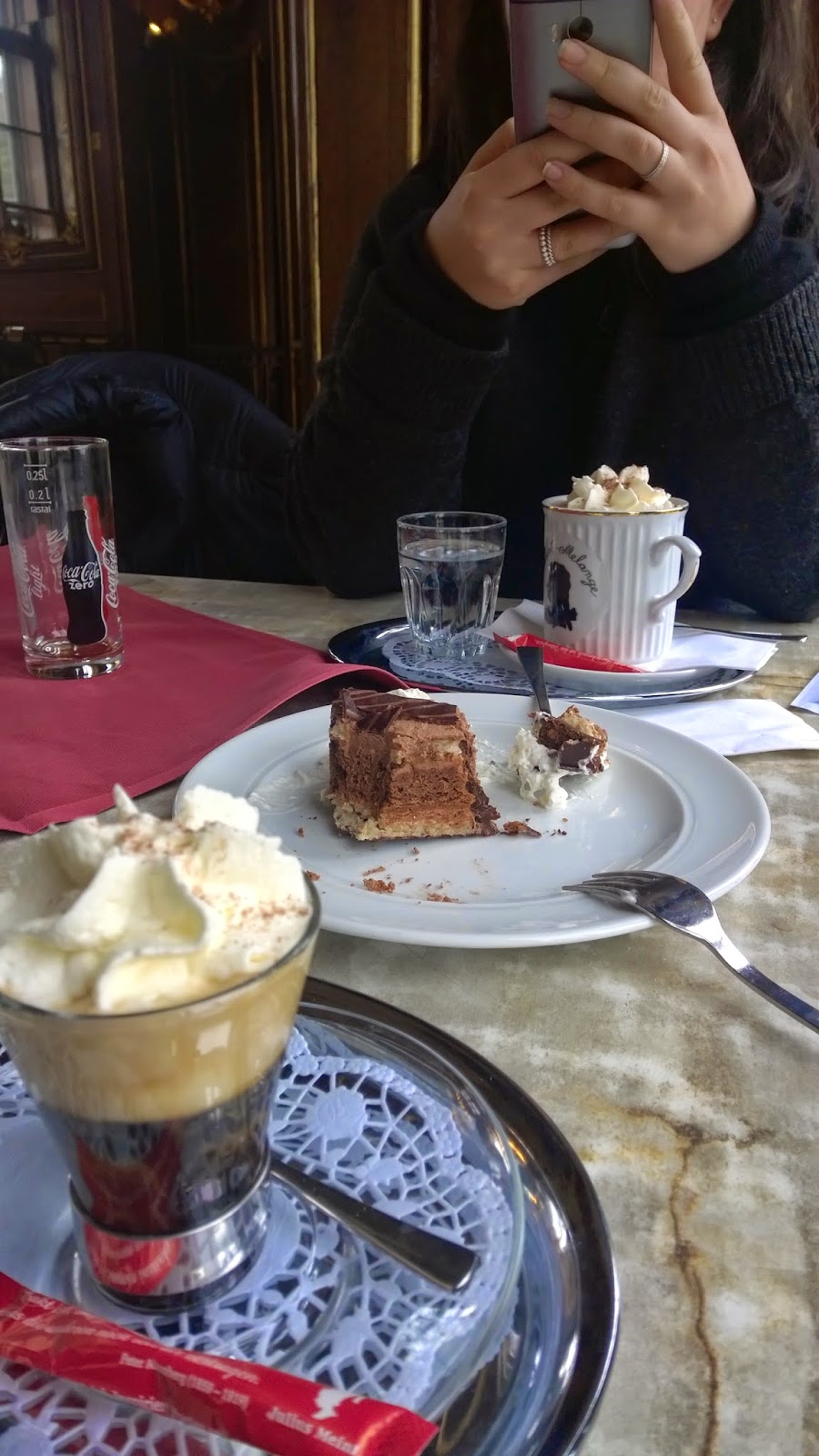 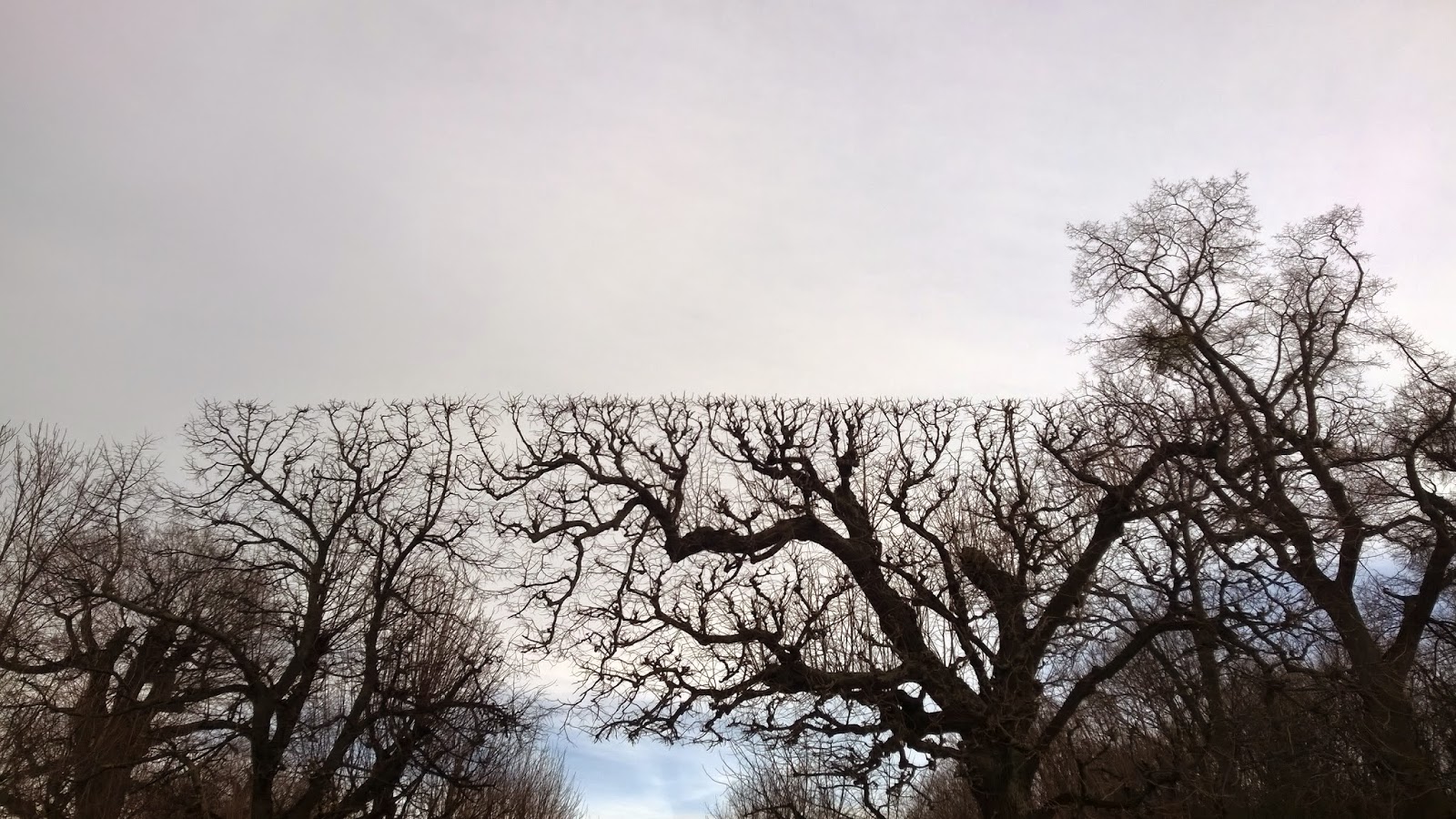 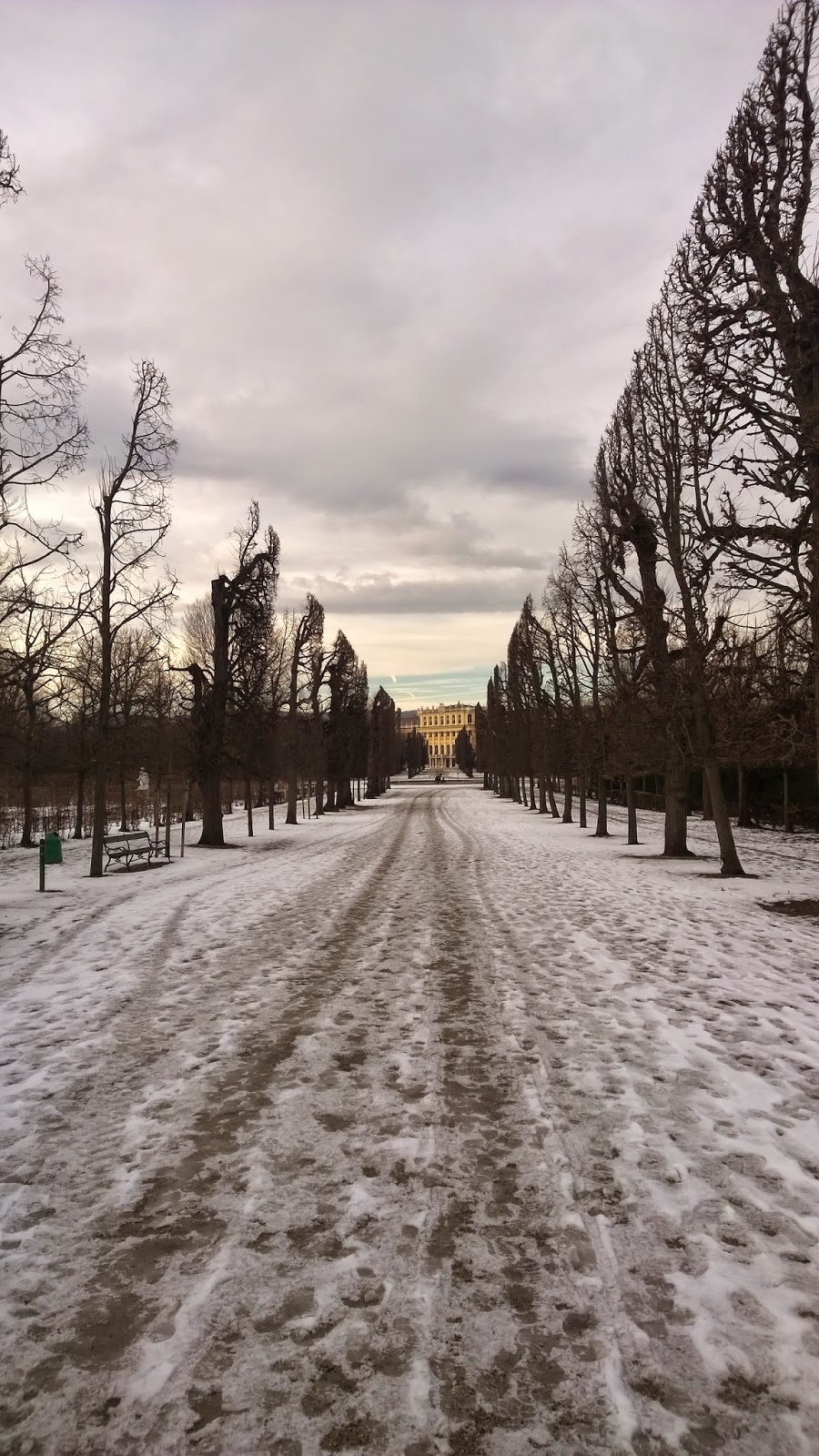 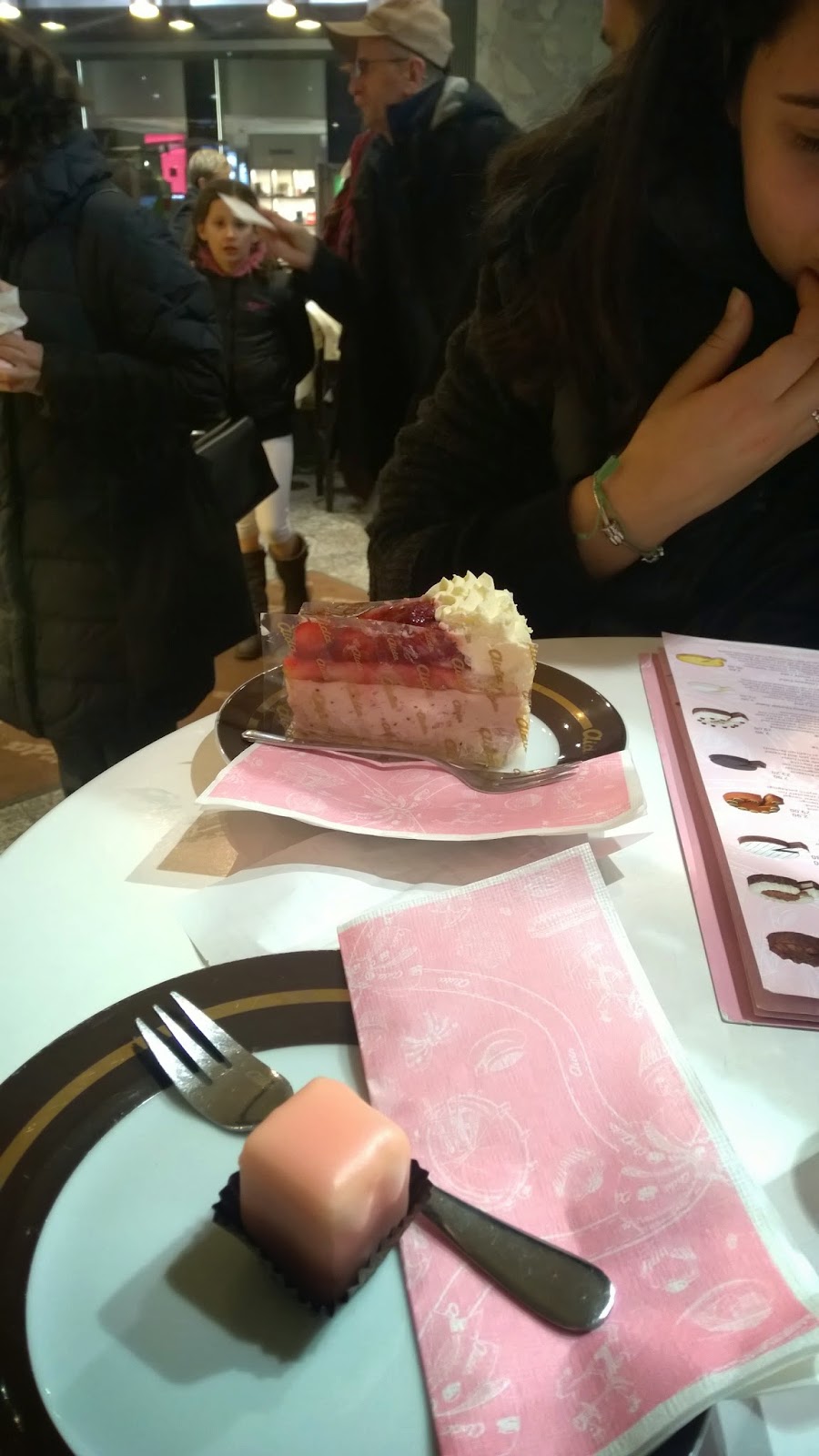 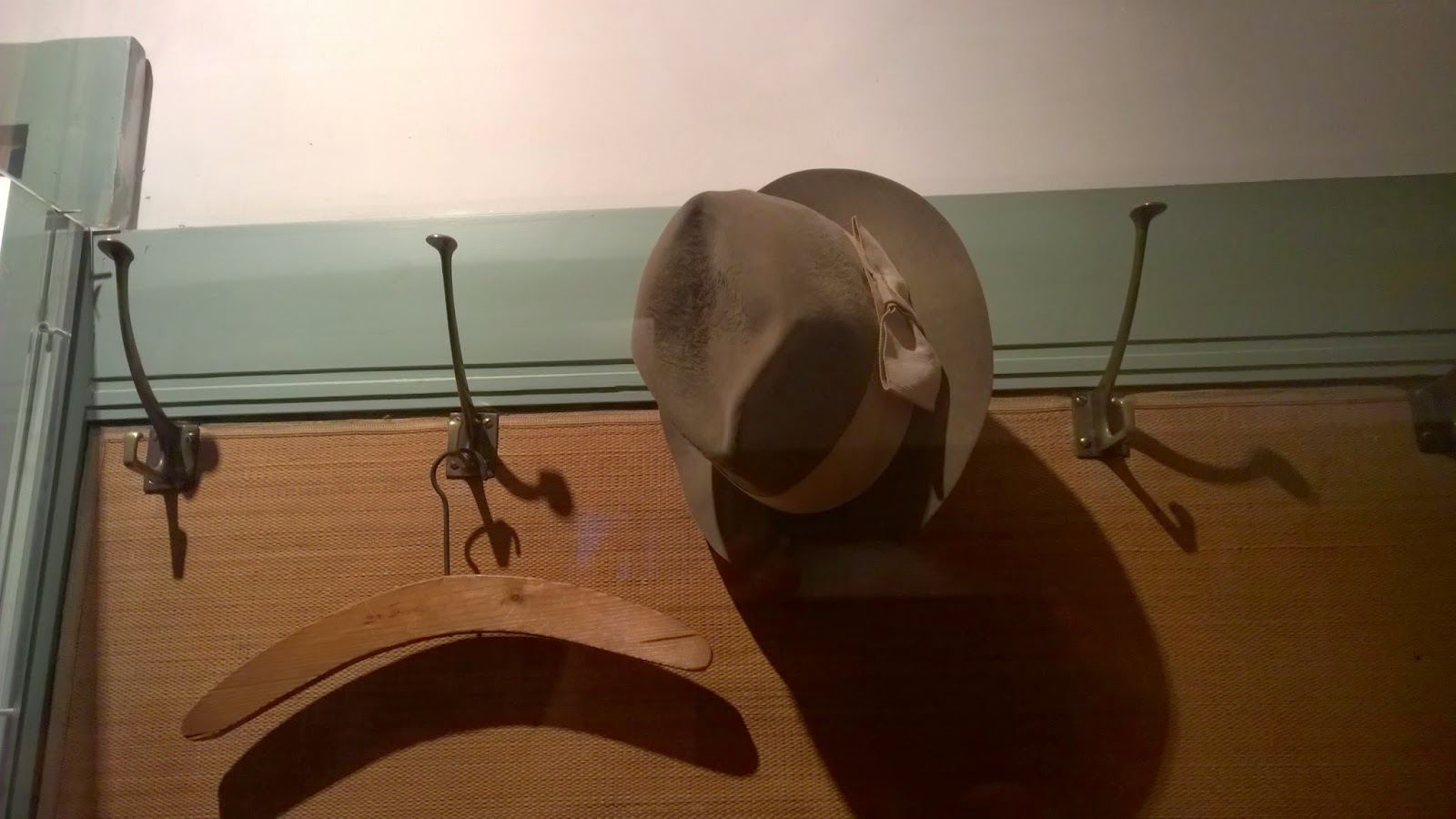 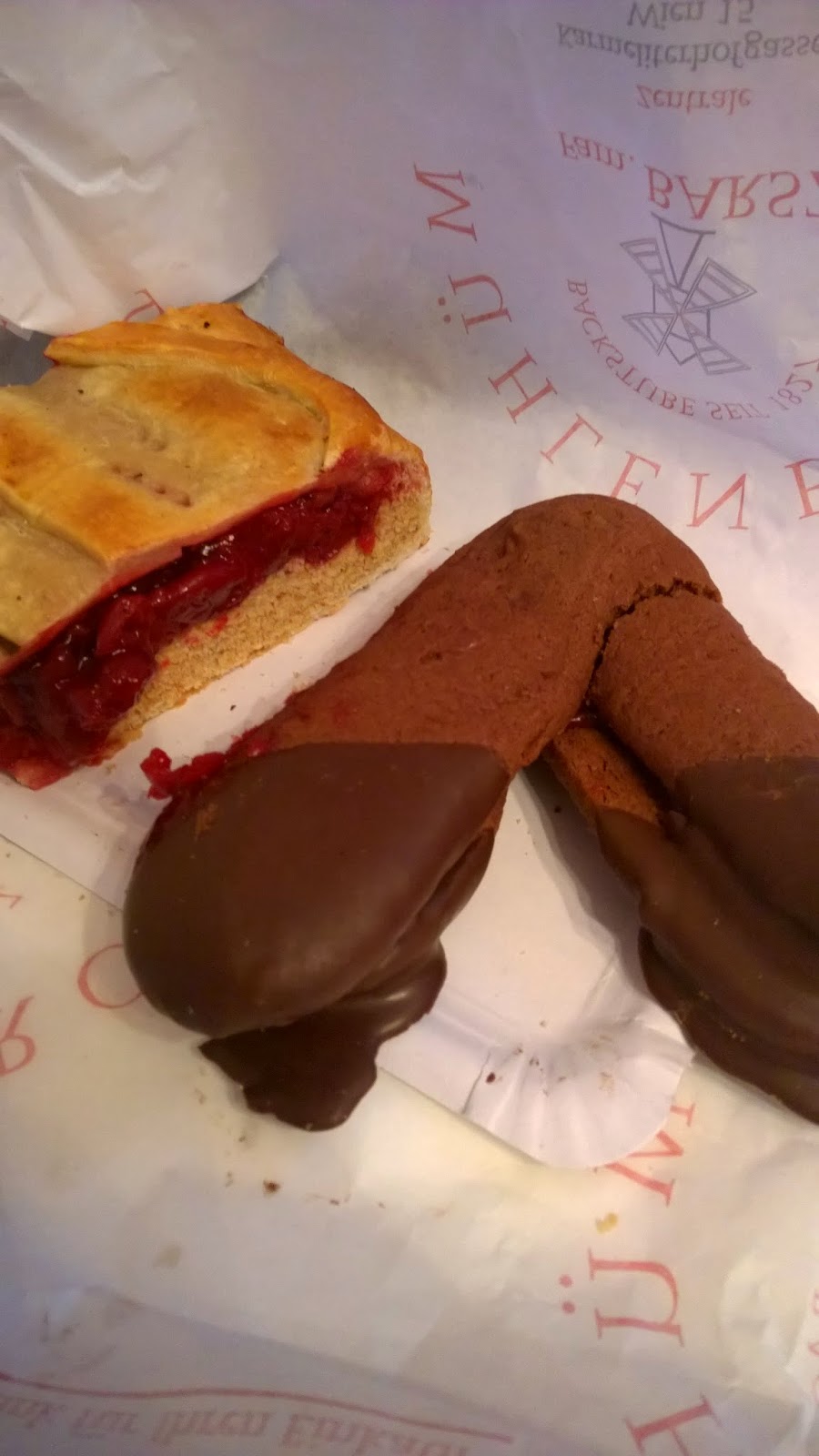 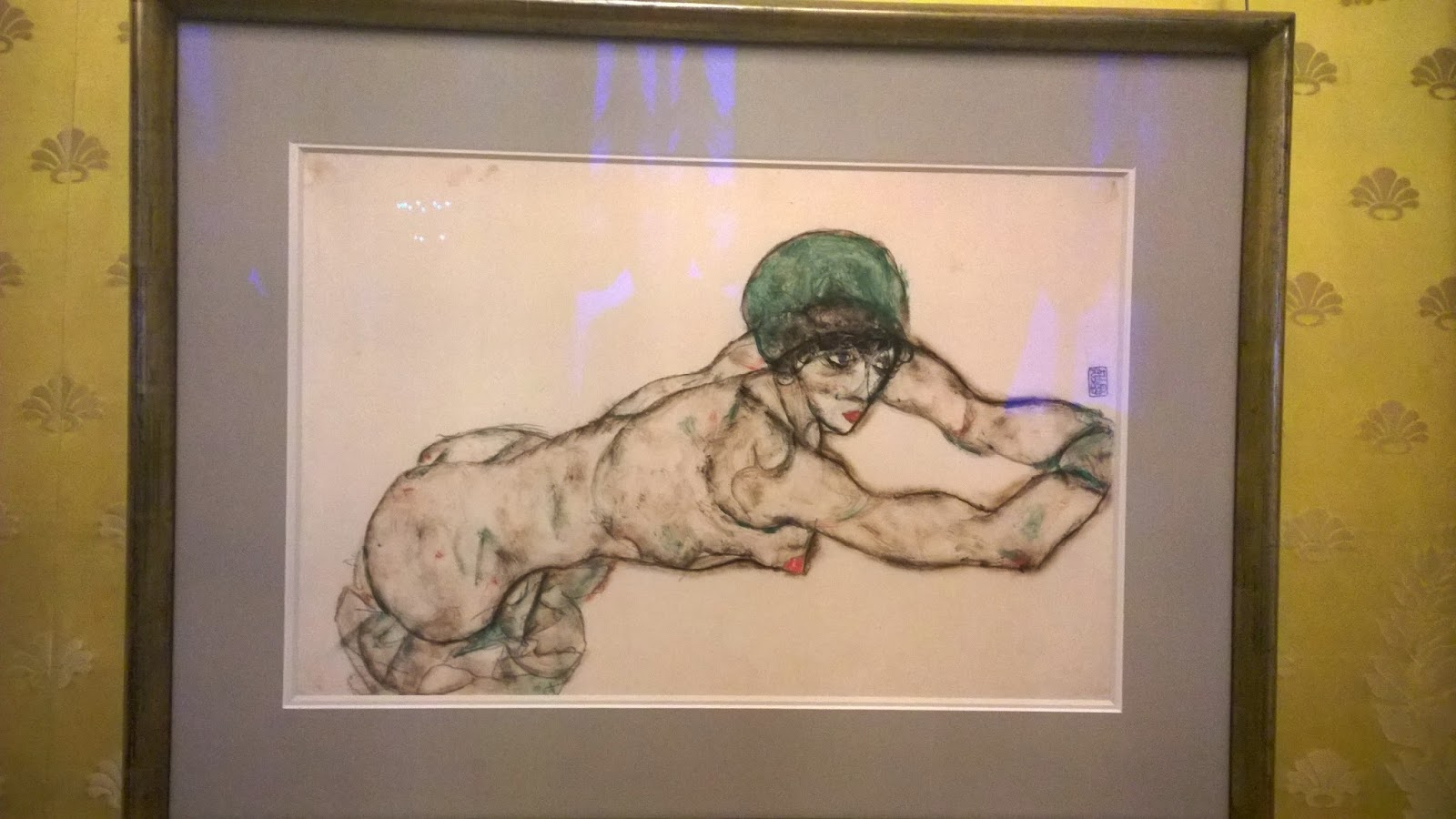 We saw some Schiele (quite a lot, loved it) and a little bit of Klimt (bit disappointed. Most must have been elsewhere. Stolen during the war? I dunno.) The palace above is Schonbrunn, the cakes are from all over. We needed the cakes to keep going, kind of like a reward for cramming as much as possible into our days. One thing from Irving's HNH was that they'd order coffee or chocolate mit Schlagobers, which was whipped cream, but when I tried it on, the wait-staff looked at me a bit weird. Maybe Irving had made a word play and it meant with semen or something. Fuck. Just thought of that.

The hat and coat hanger are Freud's, we went to his office/apartment. Freud also appears in HNH, but not 'that Freud' another one, goes the joke. He is a funny little Viennese with uncertain history, who has a bear in Maine, which he bequeaths to the parents of the family. Later, when they get to Vienna, Freud is ineffectively running The Gasthaus Freud (our hotel!) with the help of Susie, a psychologically-damaged human who always wears a bear suit. One the third floor are the prostitutes, and on the fourth are the revolutionaries. The family takes up residence on the second floor, or something like that. It's a wonderful book.

This time it's a family wedding, up your way Alex, or where I think your way is. Who the fuck has a wedding on Easter weekend? And the weather looks to be shit, so no lounging at the pool drinking and reading to be had, I don't think. Back Sunday. Happy Easter all. 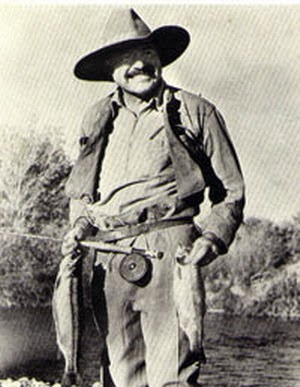