Hey, it's Friday, and the family is all here. I went and sat with my husband and his two kids in the kitchen for about four minutes to discuss the day's activities. We have a ritual on Good Friday that includes: walking the dog off-lead at the park, having a feast-brunch, playing a board game as a family and, in the evening, watching Life of Brian. We're not having brunch, because we're doing it on Sunday instead, with my family including bro who is down from Canberra. The weather looks pretty shitty, so not sure about dog walk as we just washed her the other day. Board game: well, I don't think the 18 year old will do it, she's been not into it for a few years. But the 17 and 15 year olds will. And Life of Brian? It might just be me and my daughter and Clokes.

But sitting with 3/5 of my immediate family for four minutes was hard. They have these silly in-jokes that are exclusive and, well, silly. It's something I've noticed creeping up. It does make me feel excluded and annoyed in an adolescent way. I should be happy they are bonded and having fun, and I am. I'm also happy that I don't have to be with them, they can get on by themselves. But it's still annoying. And strange. We are a strange situation. Two families in one house. I have fantasies of leaving; going away under the guise of writing retreats and workshops in other countries, and just not fucking coming home.

But all my books are here.

What I'm reading. I'm back on the first book of the Game of Thrones series. I've decided I just want to read ahead. It'll take me a while to get past where the series is, and my daughter tells me that the series is not in the same order as the books. I'm also reading Story Engineering by Larry Brooks. And I started The Night Guest by Fiona McFarlane. It's on the Stella shortlist I think. Lined up I have Pnin by Nabokov, as well as his memoir Memory, Speak. Both of these have been highly recommended by people whose opinions I rate. And I'm going to re-read Love in The time of Cholera because  Gabriel Garcia Marquez has just died and I've chosen it as one of my favourite books for a short piece I was invited to write.

There is no publishing news, but there is some movement. I spoke with my agent on the phone earlier this week, then gave the novel to someone else to read. There's a huge story behind that, but I can't say much about it here, other than things lined up quite extraordinarily, and I am seeing this person - a published novelist, quite high-profile, established and establishment - tomorrow to discuss it. Which means she's read and has something to say. So I feel like I'm inching towards *something* but I also feel like it's all pretty impossible.

My dear, supportive, writer-friend, the other day over coffee, drew me a picture. It was something like this: 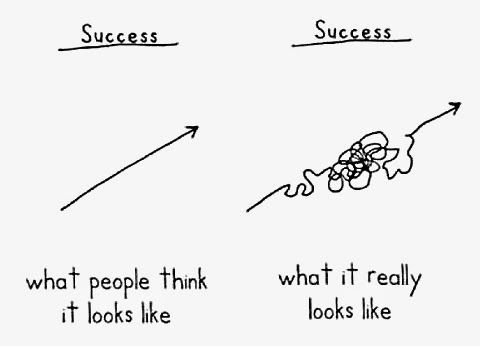 Email ThisBlogThis!Share to TwitterShare to FacebookShare to Pinterest
Labels: Love in the Time of Cholera, my small world, other stuff, reading, success, the detritus of my mind

The Sleepers Almanac is launched today 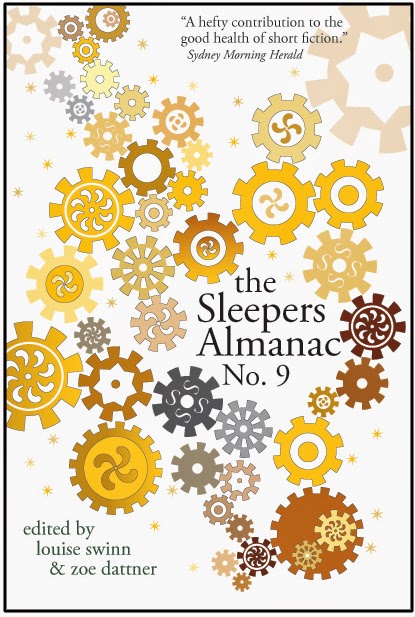 So if anyone's interested in my poem, which is in the latest Sleepers Almanac No. 9, it's the one about cricket, but not really about cricket. You know how poetry is.

The Sleepers online store is here:  No HERE.

Launch is tonight, I'm taking my sis and old work friend. Then we'll have dinner somewhere in Carlton. Except it's Monday and restaurants are often shut on Mondays.

The other thing is tonight the Episode 1 of new season of Game of Thrones and I have to be back not too late to watch that. I've spent the day in bed reading the first book and last night we refreshed with the last 4 episodes of the last season, including the Red Wedding again.