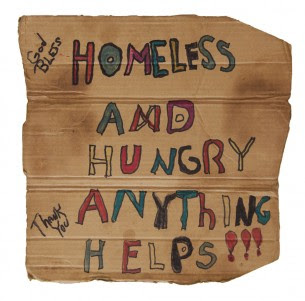 Googling around, trying to find a William Blake reference and came across this project:

Streets of Sadness at http://www.streetsofsadness.com/

They are wanting people to buy homeless and other begging people's 'signs' - you know the bits of cardboard (usually) that people write on to ask for help.

I'm undecided what I think about this, but am leaning towards 'nice one.' I don't give to people on the street, and tell them that when they approach me. It's pretty harsh but I got stung once and it made me angry. It really shouldn't be about me, though, should it? It's about giving and sharing, and making things a little easier for other people, even if that means making it a little easier for them to buy booze, cigs or dope I guess.

Link also to right on blogroll.

Email ThisBlogThis!Share to TwitterShare to FacebookShare to Pinterest
Labels: Streets of Sadness

If you could have an annual subscription to one publication

what would it be?

If you could have two, what would be the second? 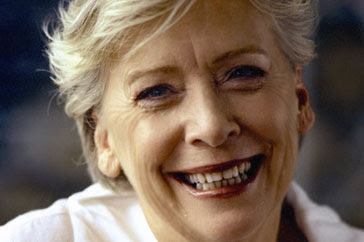 Look at her, isn't she darling? Do you think if I start now, I can be more like her when I'm her age? I'm not talking about her cooking, her tv appearances. I'm talking about her smile, her kindness, her humanity.


I want my grandkids to have a grandmother like MB. That requires me becoming like MB (unless the other side of the family has a MB and then I'll just have to be a better type of Maggie.)

Is there are shop where you can buy these ingredients?

(And I'm being 100% serious, apart from the last sentence. I really do want to be nice like Maggie Beer.)

Email ThisBlogThis!Share to TwitterShare to FacebookShare to Pinterest
Labels: being nice, Maggie Beer

This is the first verse novel I've ever read and it's amazing. I haven't been much of a poetry person, apart from the old faves. I guess that's what I thought poetry is, all rhyming verse, or if not rhyming, tedious at the least, as I always struggle to get the meaning. This could be my fault but really, when I read, I want it to be effortless and floating, not as if I have the fucking writer him or herself strapped to my shoulders, getting impatient with me, pointing out where my dullard brain just isn't getting it.

The Monkey's Mask combines a few things I usually don't like or don't seek out in my readings so it had its work cut out.  I don't tend towards genre (detective story); I find poetry had work (see above) and there's no reason for me to seek out 'lesbian literature' (if that's what it could be called) other than for pure curiosity.

But you know, I couldn't put this book down. I raced through the first half in one night, cosy in bed with my hottie (the rubber one, not the man of flesh and bones) and then finished it the next night (last night). It was incredible. The pace, the voice, the action. The mystery. Her choice of words, the way she was able to deliver the meaning and layers of meaning in so few words. Sometimes I get the feeling of true connectedness with a writer (not in a stalky way, well er maybe) but this was possibly the truest, clearest connection I'd experienced while reading a book. I felt I knew what she was meaning as she wrote it. Weird? Possibly. Does this make me gay or a detective fiction fan or both? I don't care, all I know is I loved this book and it made me want to collect her oeuvre and proceed from beginning to end.

Delightfully wonderfully incredibly pleasantly surprised is probably the best way I can express my reaction to this book.

I just can't help myself

Went away on the weekend to a small country town and I think I spent as much on books as I did two nights of accommodation (it was cheap accommodation.)

Hemingway, A biography by Jeffrey Meyers. it's hard cover and it cost $20.00. It's a biggun.

The Bell Jar, Sylvia Plath. I don't read poetry really and I am going to start trying a bit more. Throw the old poetry a fricken bone, so to speak. This copy is hardcover, in good nick and cost $12.00. It also has a groovy pic on the cover, a photo of her typing on a typewriter. At least I guess it's her.

The Consolations of Philosophy by Alain de Botton. Two things about this. Does he not have the best name in the world? Also, this book is cleverly divided into sections which offer consolations for (in order): unpopularity; not having enough money; frustration; inadequacy; a broken heart and difficulties. And if that weren't delicious enough, then he has paired each section with a famous philosopher: Socrates for unpopularity, Epicurus for the money one, Seneca for frustration and of course Schopenhauer for a broken heart - "the darkest of thinkers and yet, paradoxically, the most cheering." I have another of his books, not yet read. I think it's Status Anxiety. This new book also is hardcover and cost $5.00

The Monkey's Mask, Dorothy Porter. It's a nice cover, female head tilted back so you can see the line of her throat. Cost $10.00

A Million Little Pieces by James Frey. I wouldn't want to give the liar full price but this is paperback, good condition and was $10.00

Marcel Proust: A Biography by Richard H. Barker. Hardcover and has a painting of a face with a veree Franch moo-stache on the front. $5.00

Hazel Hawke's daughter's memoir of her mother with Alzheimers. Don't judge me. At least I didn't get the Diana and Charles one. $5.00

Yeah right, Roger David. This is not sexualised at all. 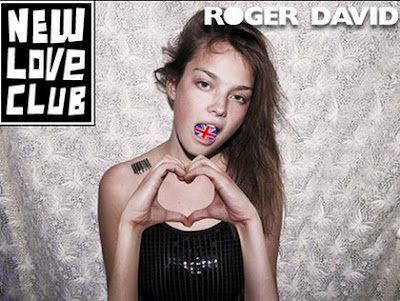 The only good thing about this ad is that the comments in The Age are disparaging, and with the brief browse I took, there were none that said something like: oh what are you all going on about, it's nothing. Nanny State blah blah, this is what we've come to? Starving children in Africa and you worry about this, it's just a bit of fun, etc.
Fact: the girl above has a barcode on her shoulder that says SLAVE
Fact: the girl above has something in her mouth that makes her look gagged or ready to receive a penis
Fact: the girl above may be eighteen, but she doesn't look eighteen.
Fact: the slogan New Love Club doesn't mean Buy Your Clothes at Roger David. What could it mean? Could it means she is so young, she is new to love? She is a virgin? She is a child? It sounds to me like a pederast's personal blog page.
Fact: the girl above isn't wearing any masculine clothes, garments that you might suppose a person might buy at a Roger David store
Fact: there is no male model wearing clothes that you might suppose you could purchase at a R D store.
I really wish that imbecilic marketing/ad agencies used things other than the sexualisation of children in their quest for controversial and high-profile campaigns and their pursuit of the dollar. They think we are idiots? No, they know that the response to this will put RD way up in the google returns list. It makes them edgy, funny that. RD always seemed so daggy. Oh, that means it's worked and all my moaning is completely irrelevant.
Link to Age article: http://www.theage.com.au/national/banned-ad-inappropriate-20110818-1j07e.html?comments=67#comments

I swear, I know every woman hates it but I tried on about thirty pairs and the second last one, was the winner. I've got a bad shoulder so that made it even harder, PLUS the girl in the store had the heating cranked up. By the time I finished I had to just come home and recover.

But I have new bathers and I'm pretty happy with them.

And a question: who says that I have to have an online presence if I want to be a published author? Oh, the publishers? I'm sorry, but I won't be tweeting for nobody.

I've just been looking over old posts and one, about Inglourious Basterds I found so impressive. Did I write that? I wondered, laughing aloud.

Here it is in case you missed it:


In other news, Princess is away with school and has been gone 3.5 weeks. You can see how relaxed I am because there's been no moaning from me. How times have changed, compared to when she went to America.

Part of the reason I haven't been blogging (well the whole reason, really) is that I've been writing, making use of every minute like some chook scratching at the dirt, digging up seeds which then have all gone into a sack to go to the mill. Terrible analogy, I know, shut up.

I've been reading. Fabulous recent booky goodness Engleby by Sebastian Faulks (instant love, instant order of half of oeuvre on [unmentionable overseas internet book company]. Then, despairing after finishing Engleby and thinking what will I read, By Nightfall by Michael Cunningham. Similar paroxyms of delight. So I heartily recommend both. Engleby for the humour (genius) and the intelligence. By Nightfall for the absolute lack of indulgence by Cunningham and the brilliance of the twist, the protagonist's very human flaws. Loved both so much.

[I just tried italicising the book titles - it's not working. Fiendishblogger is not behaving for me these days.]

Movies. Just re-watched Leaving Las Vegas. I must have grown up a lot since last watching it. I remember wanting him to stop drinking and be safe; wanting him to love her the way she obviously deserved it. This time, however, I was mesmerised and moved by the tender way she gave him the space, gave him what he wanted. Even that freaking hipflask, after the orange shirt. The scene where he gives a laugh, in a bar, drunk. It's like some tragic Peter Pan call, where he flips his head up and drops it, and his voice has trilled. I remember that from the first time, remembered being amazed. Had he workshopped that in front of a mirror? Amazing stuff.

And before that, somewhere on some random obscure Internet page, I came across a list of the top ten movies (can't remember if they were scary/horror?) I don't like horror so I don't think it was that... anyway, Irreversible. Don't watch it if you haven't already, I'm not recommending it. BUT if you have seen it, how was that opening scene? I almost turned it off. It wasn't the tension or the violence (thought I couldn't look during the head>pulp scene) it was the swirling camera work. And then the rape scene that goes for 9 minutes: horrible. But overall it was compelling. I think. The Funny Games - a weird Austrian horror. Again. Horrible but made an impression. All I could think was 'why hasn't anybody said anything about the gloves?' Then the original Vanishing. Fan-bloody-tastic. And then Requiem for a Dream - and you know what? I can't even remember. Let me look it up.

Ah that's right. Kind of okay. A very emaciated Jared Leto and a quite beautiful Jennifer Connelly. But yeah, drugs drugs, addiction. Was okay but not as good as the other three.

So, what is going on with blogger? I couldn't use the url link function. Do I need to update or something? Weird.