You have to watch

The Following with Kevin Bacon as ex-FBI drunkard on the trail of charismatic serial killer cult leader. It's worth a look if only for the weirdness of the cult man. The episodes can be very jam-packed with unrealistic events and the pacing is too much.

We had a look at Banshee and after a few episodes I pulled the pin. It's really not very good. While the premise was kind of interesting - criminal gets released from gaol, wanders into situation where he ends up killing and then taking the identity of the new sheriff in town, only to be embroiled in, well, everything.

And then now we are in the midst of Orphan Black. All I can say is watch it, it is so fucking good. I reckon it's up there with Walking Dead, Game of, True Blood (before it went not very good)... In a word, it's clones. That's not a spoiler cause you kind of find it out very quickly. But the actor playing the clones is so good, you really forget she is the same person. It's so clever. The acting is excellent across all the characters, and it's compelling viewing, well-paced, developing well (we are 3 eps from end of second season). And it's possibly the first show I've seen where not just one female leads, but all of the main characters are females. It includes this particular character, Helena, who grew up in a Ukraine nunnery. She is amazing and we love her: 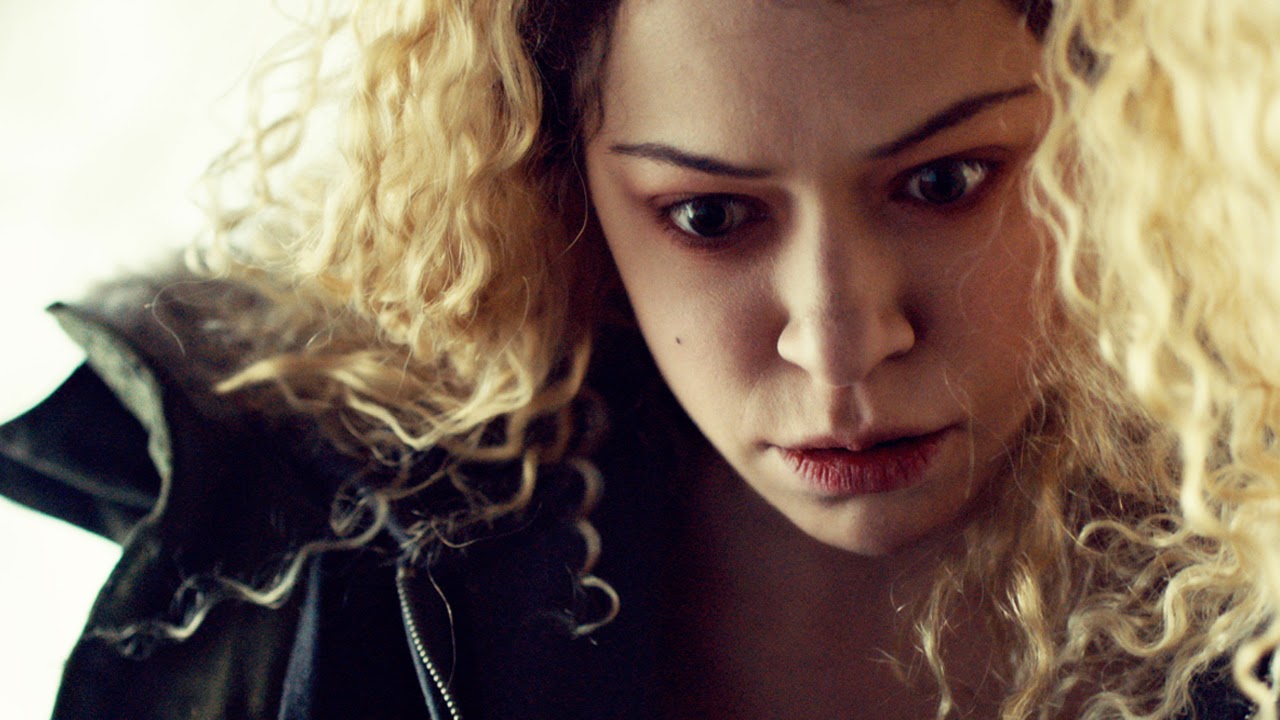 She is disturbed and violent and unpredictable. She is smart and snaky but also sentimental and calls her twin sestra, which I'm guessing is Ukrainian for 'sister.' This tv has amazing acting and amazing scripts. It's dark and dramatic, at turns funny and moving. It's been a wonderful surprise though it did come highly recommended by 'people who know about this stuff.'

The other thing is that sexuality is kind of a theme. Sarah is the central clone character and her foster brother is Felix, a gay guy. Then one of her clone 'sisters' is a lesbian (or at least is in a relationship with a woman) and then, just in the episode we watched last night, a trans element was introduced. Did not see it coming, but it's great. I'm wondering whether they are going to make a comment about genetics and sexuality in any way.

Nothing else much to report. Am teaching, am writing. Melbourne Writers Festival is coming up, I'm going to a few events.

And I'm going overseas again next year, for about 4 weeks in northern winter. That'll be fun. More about that later.

Hope you are all well.

Email ThisBlogThis!Share to TwitterShare to FacebookShare to Pinterest
Labels: blech. nothing much, Orphan Black, tv

So the topics are puberty (next two weeks) and today was conception, pregnancy and childbirth. We talk about sperm and egg and fertilisation; we go through the male and female reproductive anatomy, plus some extras (clitoris, bladder, etc). We covered sex (intercourse) and semen and choice and then it all seemed to spin out with the second group. The first inkling was when one of the Year 6 boys (we're talking ten or eleven) said (when I asked what are three things that can come out of a vagina, expecting: period blood, a baby and vaginal discharge if he remembered from last year) he said: Excess semen.
I'm thinking what the fuck has he seen? We had talked about how the sperm that 'miss out' on fertilising an egg will dissolve and leave the body (I didn't say 'hey, the semen drips out guys!) Then there was the bit that with sex there should always be choice and that pleasure is good. We'd talked about the clitoris and the penis and that they are the main parts of the bodies that will have the 'sexual feelings'.

Then the questions started coming. I sort of guessed the 'anonymous question box' would be kinda empty in week 3 but no, as I was leaving there was a boy scribbling down a question on a piece of paper.

The questions. They've never met me, I obviously put them at their ease, but I also wonder again: what the fuck have they been watching? These are verbatim.

- so if there's a sexual assault, would it be possible for the woman to have an orgasm?
- if there was a dildo and there was semen on it and a woman used it, could she get pregnant
- what's a condom? (and then after I explained, briefly) another boy: so if a man used a condom on his penis to stop the semen getting into the woman's vagina, and then finished and then took it off and turned it inside out and put it on again and there was semen on the outside of the condom, and he had sex with another woman, could she get pregnant? (this was dildo boy.)
- so we know sex is not for children, but is oral sex illegal for children? (I'd already explained that sex is something adults do (we don't get into ages with the kids) and then later, when I said yes, that any sexual activity is illegal for children (in answer to the oral sex question) someone asked: what's the age? Is it 18 or 16? So then I said it was 16 in Victoria but that didn't mean 16 year olds wake up and start having sex, I said that most don't, we have research to show that.