The current Kill Your Darlings [Issue 16] 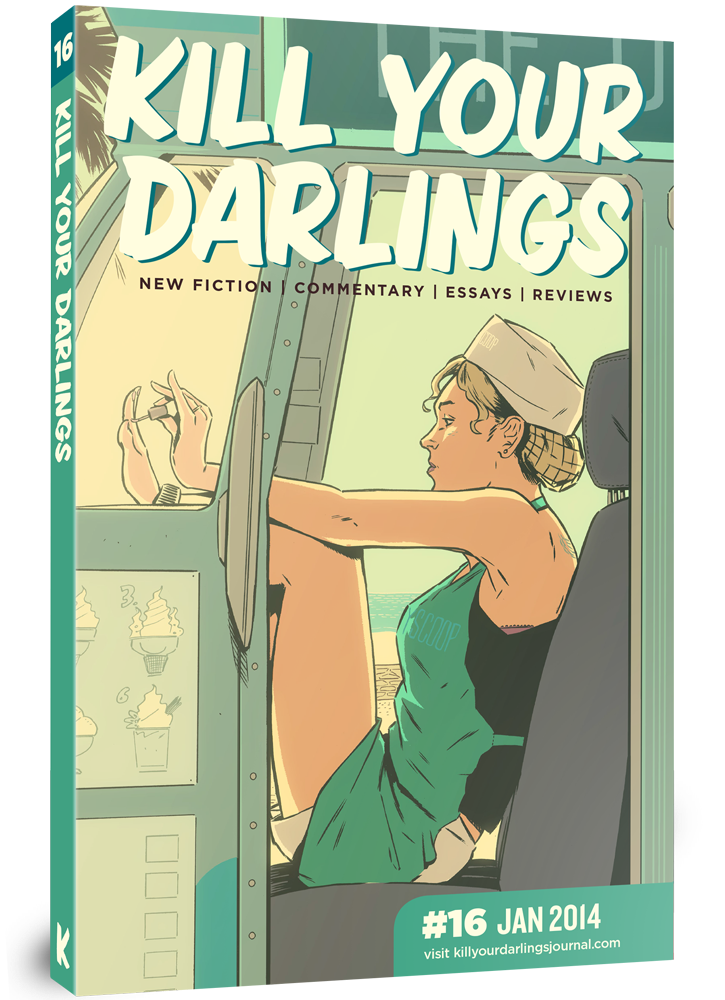 I have a story in it, called The Primordial Place, and I promise the story isn't as wanky as the title suggests. Good luck trying to buy it. I don't think it's in the shops (I thought Readings stocked it, but not all of the stores apparently. It seems Carlton store always does, but when I called them Tues or Wed they didn't have it in yet, even though it was 'out' on Monday.) I still haven't seen it! But if you want, and if you can, have a read. It's a good read anyway, even when I'm not in it. Maybe better when I'm not in it taking up pages.

Also, coming up in April is the Sleepers Almanac No. 9, and I have a little poem in that one and it's ABOUT CRICKET, Ramon. So, things are ticking along and it is all pretty good.

My agent is reading over my revised draft of the book and then that will go out to publishers. The same ones who saw it last year, plus one other who wasn't on original list (I think.) And so will begin another excruciating waiting period, slowed down no doubt by Mercury's Fucken Retrograde.

What news you? Where's Alex?

Great stuff, Melbs - all the best with final ms and publishers. Didn't know you wrote poetry?

Bogged down with renovations here. Every day another thing going wrong at the house and everything about this old house is a bastard from walls needing to breathe for god's sake to plaster and lath being just stupid

Thanks squibby. I don't write poetry, I just wrote that one and got lucky.

Oh renos, they are bad, they are never good it seems. Sorry to hear everything going wrong and that there are so many bastard elements.

Fuck that lathe too!

I don't read poetry as a rule, but I would read yours. Well done on getting it in there. I may never get to read it though, unless I peruse a copy at your place when I visit sometime, which I may do. Good luck with the manuscript too.

Our news is, we are back from Malaysia, very interesting visit and we are doubly glad to be back home again, yes, yes we are. School has started, so the three of us are busy getting back into routines. It's gonna be a busy year.

Hey all. Never got back from my trip to the sticks. Been helping some cow-cockies upgrade their business computers and such (you all know Windows XP is being abandoned in April, right?). Unfortunately, most of my time has been spent out of reach of the interwebs. Just me and ABC radio, for the most part … and wow, sounds like Abbott really does have a woman problem. How big of an arsehole must he be if people on his own side are publicly saying he's full of shit. Labour wasn't showing that level of dysfunction until the end of its first term, if memory serves. Think I'm getting a taste of what the Krauts mean when they talk about schadenfreude.

Congrats on the publishing, Melbs. I won't get to read your work unless you send me a copy, but I'll bet it was ace. Would love to read the cricket one as well. And I really like that magazine cover too, by the way.

I promise the story isn't as wanky as the title suggests

Squib, sorry to hear the renos aren't going well. I've spent a bit of time on building-sites and the like, so I've got a bit of an idea of what it's like (Tip of the day: Consider fibro over gyproc. It's heavy as shit, but it's durable and resists water damage). Are you doing most of it yourselves, or is it all under contract?

Jo, nice to hear your trip was interesting … hopefully in a good way. Hard to believe January is already behind us, huh?

Hi Jo and Alex, Jo left a comment at yours, didn't know you were going to Malaysia but I've read how it went, glad you are back. Will email in a minute to try to organise catch up.

Alex, XP is what?? I think I have XP, I hate it when 'they' change things. Fuck. Yeah the KYD mag cover is a really good one, love the colours myself.

Not a lot going on at your blog, hey? Last time I looked... Come on, giddyup.

Just doing the wallpaper stripping and carpet lifting ourselves, Alex